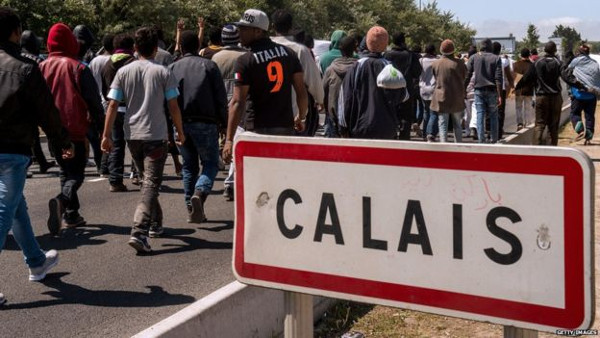 The infamous ‘Jungle’ camp where thousands of refugees live in Calais brings inhumane conditions – standpipes that serve hundreds, flimsy tents on unsuitable ground that house thousands as winter approaches, inadequate toilets that risk spreading infection with every rain shower – to the heart of Europe.

My heart was warmed by the number of volunteers from around Europe – but mostly from the UK – who are trying to make the lives of these vulnerable, wounded, damaged people healthier and happier.

One Afghan refugee said to me: “British people are so wonderful and caring.” I couldn’t quite work out how to tell him that while many communities have offered to host refugees, it’s not quite true to say that the Britons he encounters every day, from the voluntary sanitary team to the free kitchen operators and medical volunteers, are representative of the entire British public.

I was shocked by the accounts of the lives of the residents – children who’ve known nothing but fear, war and flight, women who’ve had to endure abuse, violence, and desperate insecurity. And the men who desperately want to reach family, live with their loved ones, to finish interrupted studies and get on with their lives.

And then there are expectant mothers. One resident went into labour while we were at ‘the Jungle’ – a labour that began in the cramped, cold conditions of a donated caravan.

Volunteers told me how they worried about the pregnant women, often the most desperate to smuggle themselves into the UK. “Many pregnant women want to move home before they give birth, to settle down into a long-term home,” one said. “Residents here are no different – the least they want is a country.”

Also shocking are the bandaged hands and arms that quickly become familiar. “You don’t want to see what razor-wire does to hands,” one health worker said to me. And crutches, lots of crutches – essentials for victims of torture, victims of local road rage, victims of failed smuggling attempts.

The French have tossed large rough stones (you couldn’t really call it gravel) on some of the boggiest parts of the camp’s roads. Watching men on crutches trying to navigate this obstacle is a painful sight.

All of the residents are stuck in a dirty, uncomfortable, dangerous limbo. They’re desperate, mostly, to get to the United Kingdom.

Some, in any sort of just system, should be in the UK already. They have children here, they have wives here, they did work that supported British forces in our many recent military adventures.

Others want to join extended family, to start to rebuild life with that support. Some already speak good English and want to be able to use that skill, together with their education and training (often to university level).

Along with access to food and clean water, smartphones are essential to the modern refugee. In every corner of ‘the Jungle’, residents are huddled around multi-socket extension cables spiked with phone chargers. They are connected to the world as no previous similar exodus has been.

Newsflashes reach here in a second just as anywhere else, but reliable information about their legal status and the asylum law in the countries where they might seek refuge, about the intentions of the French government for their current home and their future, about their rights under French and international law, is difficult to come by.

Residents were understandably curious about our party and the media pack that accompanied us. But mostly they wanted to know what we knew about who might be able to help them find refuge, re-join family, and get out of this dirty, dangerous environment before winter sets in.

They certainly know about the British government, the British policies that keep them here. The name ‘David Cameron’ brings a rumble of disgust from any camp crowd.

That’s understandable, for ‘the Jungle’ should not exist.

The British government – as a matter of extreme urgency – should agree a rapid, fair processing system with the French to allow the lodging of applications for asylum in Britain and allow those with good cause to settle here.

There are about 6,000 people in ‘the Jungle’; if 4,000 of them came to Britain it would be entirely manageable given how many communities have volunteered to help.

We’d also need to ensure that ‘the Jungle’ didn’t simply fill up again. Britain should be joining the rest of Europe in an orderly, coordinated programme for the refugees who’ve reached Europe already – and welcoming our share.

We need to work with Europe and the UN to ensure there is a resettlement programme from countries such as Lebanon and Jordan so refugees don’t have to risk their lives on the Med, in the hands of smugglers.

And we must act now. We simply cannot leave people in ‘the Jungle’ over winter.

20 Responses to “In Calais, the consequences of Cameron’s immigration policy are painfully clear”