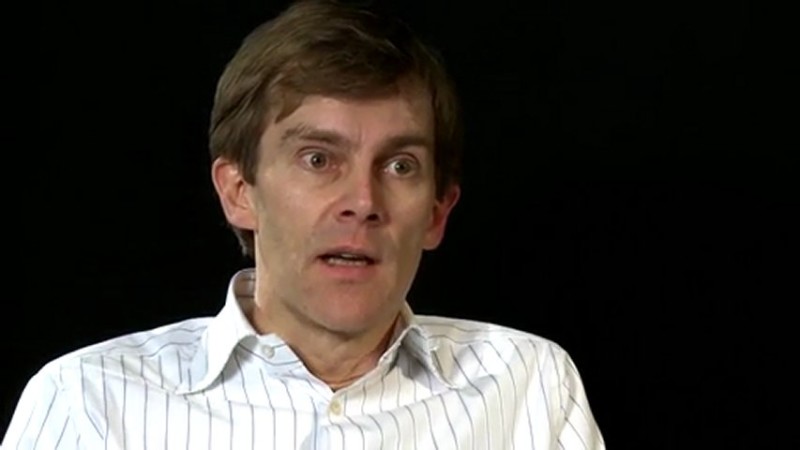 As Guardian columnist Seumas Milne is announced head of communications for Jeremy Corbyn’s Labour party, journalists who now have to deal with him should know how cheaply he values their lives.

Just days after the Paris murders at the offices of Charlie Hebdo in January, Milne took to the pages of the Guardian to rehearse for his new role as spin doctor – only this time for the killers.

In a column titled ‘Paris is a warning: there is no insulation from our wars’, and sub-headed, ‘The attacks in France are a blowback from intervention in the Arab and Muslim world. What happens there happens here too’, Labour’s new spinner-in-chief gets his deniability in early:

“Nothing remotely justifies the murderous assault on Charlie Hebdo’s journalists, still less on the Jewish victims singled out only for their religious and ethnic identity.”

Despite this proviso, Milne proceeds to list at length more justifications than had even occurred to the killers. After explaining that the cartoons and jokes in Charlie Hebdo were a ‘repeated pornographic humiliation’ for French Muslims, he casts a wide net:

“Of course, the cocktail of causes and motivations for the attacks are complex: from an inheritance of savage colonial brutality in Algeria via poverty, racism, criminality and takfiri jihadist ideology.

Everything, in short, except the agency of the killers themselves. (One could argue that the role of religious ideas in the murder of cartoonists for drawing a religious figure is more significant than the Algerian war of independence, which wound down in 1962, but leave that aside for now.) Milne’s apologia hits its stride as he asserts:

“But without the war waged by western powers, including France, to bring to heel and reoccupy the Arab and Muslim world, last week’s attacks clearly wouldn’t have taken place.“

Clearly? Given his articles after 9/11, 7/7 and the Woolwich murder of Lee Rigby, the only thing clear is Milne’s consistent victim blaming when it comes to Islamist terrorism.

Milne goes on to invoke the authority of the dead killers to make excuses on their behalf, repeating their self-serving propaganda in a liberal newspaper:

“Cherif Kouachi insisted the attacks had been carried out in revenge for the ‘children of Muslims in Iraq, Afghanistan and Syria’. Ahmed Coulibaly said they were a response to France’s attacks on Isis, while claiming the supermarket slaughter was revenge for the deaths of Muslims in Palestine.”

He then quickly reassures readers who might be getting the wrong end of the stick that ‘such wanton killings are, of course, entirely counterproductive to the causes they are supposed to promote’. Of course. Poor misguided terrorists. If only you had listened to Seumas!

‘Why does this matter?’ you might ask. ‘Milne has written countless god-awful things. Why is this of particular significance now?’ Well, I think for this reason.

Journalists who cover British politics will now presumably deal with Labour’s new head of comms on a regular basis. Due to this professional necessity, they deserve to know what he thinks of them.

When Milne says there is a ‘gulf that separates the official view of French state policy at home and abroad and how it is seen by many of the country’s Muslim citizens,’ adding ‘That’s true in Britain too, of course’, he means that his apologia for terror would apply to the murder of British journalists as well.

Hacks might have hated Lynton Crosby and Alistair Campbell, but at least they could rely on them to be solid on the right of journalists not to be shot in their workplace.

The same cannot be said for Campbell’s successor.

In Seumas Milne, journalists will be sitting down to lunch or speaking on the phone with a man of whom they know the following to be true:

If a fanatic stormed into their offices tomorrow and stuck a gun in their face – either out of dislike for something they had written or to act out some political grievance – Milne would be willing to say, in public, that this was at least partly their own fault.

141 Responses to “When fanatics kill journalists, Seumas Milne blames something else”