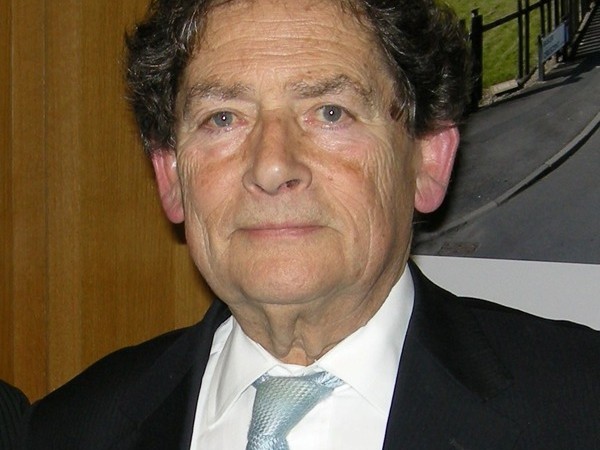 It has been confirmed this morning that former Tory chancellor Lord Lawson will lead a Conservative campaign group which will push for the UK’s exit from the European Union.

Writing in the Times, Lord Lawson said that David Cameron was only likely to secure ‘wafer-thin’ reforms from the European Union.

Many Eurosceptics seem pleased with the choice of Lord Lawson to head up the out campaign. Viewed as a political heavyweight, Lawson was chancellor during the most tumultuous period of Margaret Thatcher’s time in office between 1983 and 1989.

Yet for a supposedly mainstream political big hitter, Lord Lawson has a number of crackpot views. Take his position on man-made climate change.

Lord Lawson is the chairman of the climate change-sceptic group the Global Warming Policy Foundation (GWPF). Notoriously cagey about its funding, in June of this year the GWPF invited climate change sceptic Judith Curry to speak at the House of Lords about climate change, where she poured scorn on the idea of man-made climate change. “The punch line is this,” Curry told the House of Lords, “Any impact of human caused global warming is lost in the noise of climate variability.”

Lord Lawson has also previously claimed that there has been no global warming so far this century:

“Whereas there was some very modest warming in the last quarter of the twentieth century there has been absolutely no further warming this century so far, despite a rapid increase in CO2 emissions, and despite the models predicting an acceleration, not just a continuation, but an acceleration of warming.”

Yet as the Met office made clear in 2008, global warming has not stopped and natural climate variations may ‘temporarily enhance or reduce observed warming’:

“Over the last ten years, global temperatures have warmed more slowly than the long-term trend. But this does not mean that global warming has slowed down or even stopped. It is entirely consistent with our understanding of natural fluctuations of the climate within a trend of continued long-term warming.”

As for man-made climate change more generally, according to the Intergovernmental Panel on Climate Change (IPCC) it is “extremely likely” that humans have been the principal cause of warming since the 1950s. Meanwhile an analysis of abstracts of 11,944 peer-reviewed scientific papers, published between 1991 and 2011 and written by 29,083 authors, found that 98.4 per cent of authors who took a position endorsed man-made climate change, with just 1.2 per cent rejecting it and 0.4 per cent uncertain.

In the past Lord Lawson has urged local authorities to do “absolutely nothing” to reduce their carbon emissions and claimed that people were “ignoring the benefits of global warming”.

I’ll leave the floor to Ed Miliband to expound on the substance of Lord Lawson’s views on climate change: