The true task of the politician, like the salesperson, is to persuade people to agree with them 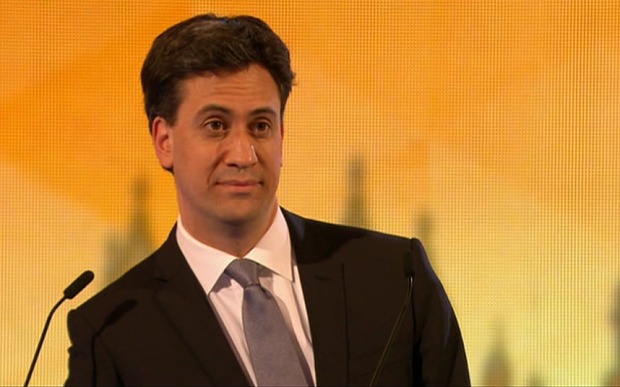 In an interview with CBS the weekend following his final appearance as host of The Daily Show, Jon Stewart was asked if he enjoyed talking to politicians.

“I despise it,” he replied. “They’re salespeople. They live in a world of conjuring and denial. It’s very strange to talk to people who have lost their awareness that that’s what they’re doing.”

Jon Stewart is hardly alone in his disdain for sales and in rejecting its influence on politics, he joins the growing ranks seeking a ‘better’, more substantive discourse. None are doing so as loudly as the left, and nowhere has this had more impact than in the recent Labour leadership contest.

It makes sense, of course. More than most, lefties like to see themselves as purveyors of principle. Their raison d’etre is to solve problems, to help communities, to change lives.

That’s why they lose.

At every turn the true task of the politician, as of the salesperson, is to persuade people to agree with them, and then to act on that agreement. A salesperson knows that to achieve this they must convince the customer to believe not just in the product, but also in them, their company and their pitch. Ultimately in their ability to meet the customer’s needs.

In calling for more substance Stewart and the rest are saying we should concentrate almost exclusively on policy (ie. ‘the product’). This approach also forms the basis for Jeremy Corbyn’s ‘new politics’. As appealing as this might sound, it represents a massive misunderstanding of how most ordinary people interact with politics.

Throughout the leadership race the charge against Corbyn was that his policy prescriptions rendered him ‘unelectable’. It appears that the only conclusion his opponents drew from the general election result was that the electorate was put off by Labour’s policies. The reality was more complex.

While the policies surely played a part in Labour’s defeat, other factors – their leader, the message, and the party’s overall reputation in the eyes of the average voter – were at least as significant. In their desperation to be rid of every last trace of the Blair era, what Labour forgets is that It wasn’t Blair’s centrist policies that won them elections, but Blair himself.

For the fact is that Labour’s electoral difficulties will lie less in products that are difficult to push, than in a salesman with no appetite to push them. Jeremy Corbyn stood for the Labour leadership not because he wanted to do the job, or thought he’d be good at it, but to ensure ‘a broader range of candidates and a thorough debate’.

A salesman likes the sound of his own voice, welcoming any opportunity to speak to the customer. Since his coronation, Corbyn, cancelling interviews, running from reporters, in his conference speech that spoke only to the choir, has shown that he does not care for the business of pitching his case.

In thirty-two years as a rebellious MP, he has shown neither the willingness nor the ability to persuade anyone of anything they didn’t already agree with.

In his favour he has sincerity, authenticity and a reputation for caring about his constituents – all valuable attributes. However, if he can’t – or won’t – communicate, these qualities will do little to help establish his own image and rehabilitate his party’s.

Which is crucial. Because since the financial crisis Labour’s is a tainted brand. That they didn’t cause the crisis is pretty much irrelevant. They were the ones in charge at the time and as far as most people are concerned, that’s what matters. It was on Labour’s watch that 3.7 million jobs were lost.

However, that this belief in Labour’s culpability is so deeply ingrained can be attributed to the the party’s weak, incoherent pitch to the contrary. In the end the Conservatives, with their own messaging, didn’t have to do much more than remind the voter of what they already believed to be true. They had simple attack lines, that were easy to understand and delivered well.

The idea of reducing complex policy to a fifteen-second sales pitch may seem anathema, but it doesn’t change the fact that that might be all the time you get. It’s not about embracing Blair’s centrist policies but some of his other talents, which were so crucial in giving Labour thirteen years in government.

The Tories, although they didn’t understand this for a while, do now seem to grasp it.

David Cameron wasn’t chosen to lead the Conservative party because of his own ideas and principles but because he, better than anyone else they had, could sell the ideas, principles and vision for governing of the party he represents. The left needs to remember how to do the same. Because like it or not, sales is a feature of politics, not a flaw.

Nick Christian is a Brixton-based blogger and campaigner who focuses on human rights and environmental politics and specialises in digital communications and marketing.

15 Responses to “Comment: The left needs to understand the power of sales”