Instead of providing homes for people at rents we can pay, our taxes are subsidising extortionate rents on a massive scale 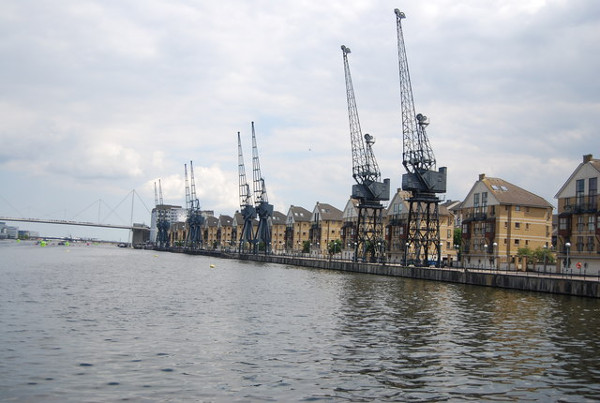 Everywhere you look in London there seem to be cranes. The skyline is changing before our eyes as high-rise housing developments soar upwards, with mega-developments under way from Nine Elms to the Greenwich Peninsula.

This ought to be good news for a city in the grip of a housing crisis. But as a councillor in Camden I meet people every week in severe housing need. I’ve seen families of four living in a single room, and they can’t understand why there aren’t new homes for them to move into.

The shiny new developments aren’t being designed or built to meet the needs of ordinary people like these. On Boris Johnson’s watch, two-thirds of new homes have been sold to investors aiming to make profits from these ‘properties’, not live in them as homes.

They are the kind of people who make up the audience at investment seminars in five-star hotels in Hong Kong with titles like ‘How to hold UK property in a tax-efficient manner’.

Meanwhile it falls to ordinary Londoners to rent these properties, and to provide these profits. The cost of private rent is out of control. I know because I rent privately myself – and so far I’m the only candidate for mayor who doesn’t own their own home.

With rents already averaging half of Londoners’ take-home pay, I have faced the steep increases every time I have needed to move, and often feel like I’m one rent rise away from being pushed out of London altogether.

It all takes a senseless toll on the public finances. In 2013 the government subsidised landlords with £23.8 billion of housing benefit, but spent less than £4 billion on supporting new affordable housing. Instead of providing homes for people at rents we can pay, our taxes are subsidising extortionate rents on a massive scale.

This unseemly process is what MIPIM, the world’s biggest property fair which opens at the Olympia exhibition centre in west London today, is all about. It describes itself as a gathering of ‘the most influential international property players, looking to close deals in the UK property market”’

A couple of years ago, the developer behind the Elephant and Castle regeneration paid for the leader of Southwark Council to attend the same shindig held in Cannes. This was the same man who oversaw the replacement of an estate of 1,200 flats, the majority of them council properties, with 2,535 homes – only 79 of which were for social rent.

Southwark sold the Elephant and Castle site to the developer for just £50 million, having spent £44 million emptying the site and £21.5 million planning its redevelopment. As a pat on the back from the property industry, the council was later nominated for two MIPIM awards.

The deals closed at this fair are secretive as well as lucrative. In Barnet in north London, public land worth £45 million was ‘sold’ to Barratts for a pittance without the knowledge of the local authority tenants living on it. And this has happened not just under Boris Johnson’s gaze, but with his active help, overriding local communities and councils to push these deals through.

It’s high time our local councils stood up to developers properly and stopped the cosy deals for good. Londoners need more than the derisory quota of 11 per cent affordable homes as promised by the monster development at Earls Court – a scheme I have already pledged to cancel if I am elected mayor next May.

But we also need a different approach. This housing crisis in our capital city is too big a problem to fix within a broken market, as Zac Goldsmith and Sadiq Khan appear to want to do.

That’s why I have put my name to a letter to the Guardian organised by the Radical Housing Network. They are the activists who this week will stage protests outside Olympia to draw attention to the deals the developers are hatching inside while speculation prices people out of their communities and forces thousands onto the streets.

If I were mayor of London, I would put Londoners and local residents in charge of forging the masterplans and conditions for new developments. I would use public land to do something different to what we have seen from Boris Johnson.

Greens would set up a new Community Homes Unit at City Hall to give residents the funding and expertise to make their own redevelopment plans, especially in estate regenerations and large brownfield sites.

There is a thread running through all the ways we can solve our problems in London. A Green mayor – or the Greens holding the balance of power on the London Assembly – would give London back to Londoners, bringing the voices of its amazing campaigns and citizens into our campaign and then into City Hall.

London is at the heart of the housing crisis we face and it will be at the vanguard of how it is solved.

Sian Berry is the Green Party candidate for mayor of London

6 Responses to “Comment: The cost of private rent is out of control”