Public opinion has seemed to change in the last week, but this isn't the whole picture 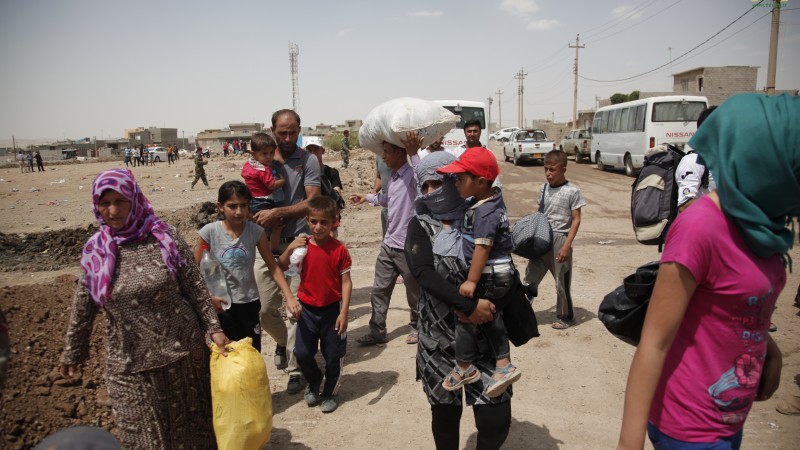 Yesterday David Cameron announced that the UK would accept up to 20,000 Syrian refugees over the next five years – that will amount to about 12 a day over the course of the parliament.

In our latest poll we asked Left Foot Forward readers whether the UK should accept more refugees. 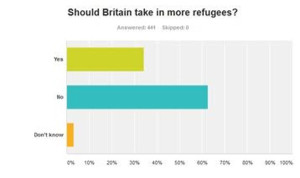 The refugee crisis is a complex issue and it is difficult to properly gauge opinion with a yes/no question. There are many factors to consider: for example, does sending a message of acceptance encourage more people to make deadly sea crossings into Europe? How many of those who said ‘no’ are happy with the status quo, and how many would like to take less? Are there conditions attached to the ‘yes’ answers?

BBC Newsnight conducted a similar survey with ComRes this week, asking people by telephone their opinion on the number of Syrian and Libyan refugees the UK should admit. They found that 57 per cent of people were in favour of the status quo, or the government taking fewer refugees from Syria and Libya. 40 per cent said the UK should take more.

Meanwhile ComRes found that people who had seen the pictures of Aylan Kurdi were ‘considerably’ more likely to say the UK should take more refugees (44 per cent to 24 per cent).

This raises real questions as to how people form their opinions of refugees and how deeply rooted those opinions are. The images of Aylan Kurdi appear to have convinced a significant number of people that refugees are genuinely vulnerable rather than threatening.

David Cameron’s weak response to the crisis is indicative of the fact that there is still insufficient pressure from below. Over the past week, petitions to the government have seemed to signify a huge outpouring of public sympathy towards refugees, but this is clearly not the whole picture.