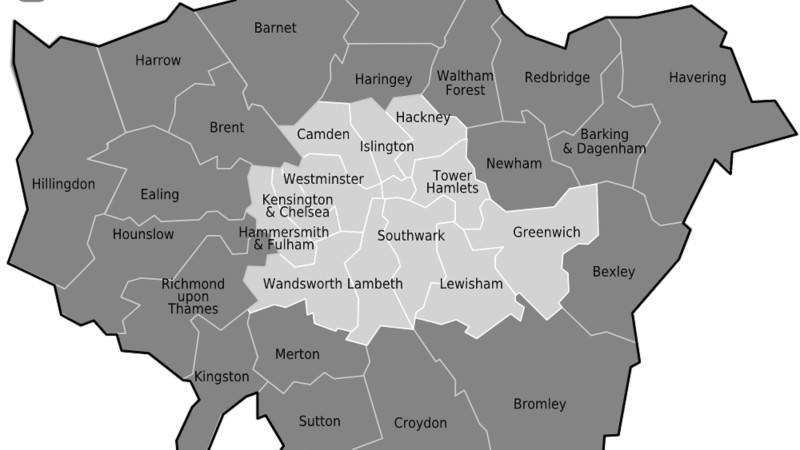 It is now received wisdom that Outer London won Boris Johnson the mayoralty in 2008, and also comfortably delivered his second term.

As a result, the issues facing Outer London are on the agenda in a way they were not previously with policies to win over the Outer London ‘doughnut’ sure to form a growing battleground.

Yet despite his pledge to be a mayor for all zones, many of the changes promised to Outer London remain undelivered. There is no doubt that Outer London has been let down by Boris Johnson, who quickly fell into a ‘central London first’ focus.

Outer London boroughs are defined by their diversity with varying histories and cultures, unlike the shared identity of Inner London. This has led to vastly differing characteristics, from the ‘Third City’ of Croydon to the villages of Havering.

From these experiences come wildly divergent ambitions. Some boroughs, such as Bromley, are concerned about the impact of rapid growth, while others, like Barking & Dagenham, actively seek it, developing impressive plans for an Artist Enterprise Zone and whole new communities.

To appeal to these communities it is imperative that we understand each of the unique areas, crafting twenty Outer London strategies, one for every borough.

As Inner London becomes unaffordable, Zone 3 and beyond have seen many demographic and social shifts, absorbing the younger and more ethnically diverse populations who have been pushed outwards. This has created intense pressure on the social and affordable housing stock of Outer London.

The ‘trickle-out’ result of the mayor’s refusal to face up to the housing crisis has meant Inner London boroughs rehousing many families in Outer London. In response, Outer London boroughs have also seen prices pushed up forcing them to look outside of London altogether if they are to rehouse families that can no longer afford to live there.

The next mayor’s challenge will be to solve an entrenched housing crisis, retaining the unique characteristics of Inner and Outer London boroughs whilst at the same time preventing the capital becoming unaffordable, not only to  low-paid workers but to the middle classes seeking room to expand.

Boroughs are reporting large losses of work space, no doubt compounded by the government’s decision to relax planning laws to allow business space to be converted into residential. This leaves local authorities with limited planning powers to shape their areas and little opportunity to benefit from business rate retention.

As a result, many of Outer London’s unique high streets and district centres have suffered, with little if any intervention from the mayor. The growth of charity shops, pound shops and payday lenders is changing the nature of our Outer London towns, and not for the better.

The proposed Opportunity and Intensification Areas designed in Outer London to accommodate future economic growth are also doomed to fail if there is no strategic plan. The next mayor will need to have vision and focus to make regeneration projects like Brent Cross and Old Oak Common successful and relevant to Outer London Boroughs.

While struggling economic activity is bad for Outer London itself, it also damages London in its entirety. Boris Johnson’s blind eye to the needs of Outer London has meant an ‘everything central’ approach, strengthening central London’s pull on jobs and services, relegating Outer London to feeder commuter towns.

These ‘dormitory’ suburbs inevitably place even greater strain on London’s public transport and road network, as well as the police and emergency services; something for which Boris shouldn’t be let off the hook.

Increasing the attractiveness of Outer London as a place to live and work must be a priority for the next mayor. To win the hearts, minds and votes of those in the outer ring of the ‘doughnut’ the next mayor will need to understand the diversity of Outer London and have solid policies that not only comprehend and counter the threats to its appeals, but seek to maximise new opportunities for growth.

This will require a new way of thinking, moving beyond the empty promises of Boris Johnson and accepting that there is more purpose to Outer London than just to feed the centre. While these challenges are significant and will take inventive policies to overcome they are a crucial ingredient for electoral success on the way to City Hall.

Navin Shah is the Labour London Assembly member for Brent and Harrow.