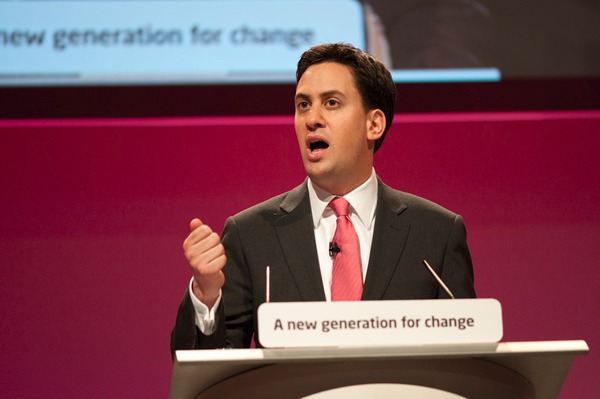 Considering how long it took for the Conservatives to recover their image of economic competence after taking Britain out of the Exchange Rate Mechanism in 1992 (costing the UK £3.4 billion in the process) it was always going to be a big ask for Ed Miliband to win back power for Labour after the 2008 crash. Or more accurately, it was always going to be difficult to win power once Labour allowed itself to be tarnished with the big spender tag. As the report puts it:

“The economic crash in 2007/08 appears to have done for Labour what the exchange rate mechanism crisis did for the Conservatives more than 20 years earlier: it fundamentally altered the public perception of which party could be trusted on the economy. Given how long it took the Conservatives to recover a lead, it must be questionable whether Labour could have undone this shock to its ratings between 2010 and 2015.”

This, curiously, also resulted in the public blaming Labour for poor economic performance under the coalition; and perversely giving credit to the coalition when things went well. The argument made by the coalition that it was ‘cleaning up the mess left by Labour’ evidently struck a chord.

None of us likes to say this as it seems so grossly unfair, but the public simply didn’t warm to Ed Miliband. Short of a personality transplant, it seems unlikely they would have been won over, either. As I said, grossly unfair. But here is how the report puts it:

“…by the three-and-a-half-week mark of the general election campaign, Miliband was seen as having a more successful campaign than Cameron, perhaps against low expectations. This rating of who ‘performed best in the campaign’ switched in Cameron’s favour shortly before the election, as figure 2 shows. In neither case was this reflected in like/dislike ratings for the leaders.”

However well Miliband did in the short campaign it made no overall difference – the public simply didn’t warm to him.

This probably goes against almost everything you’ve heard since the election, but members of the public were more likely to vote for Labour in 2015 when they thought the party was more left-wing:

“Generally, our data shows that people were more likely to vote Labour in 2015 when they thought the party was more left-wing, and less likely to vote Labour when they thought it was centrist…This suggests there is very little to the argument that Labour was too left-wing to attract voters. At the same time there is not much to support the argument that Labour was not left-wing enough.”

Fear of the SNP was a red herring

The researchers found ‘little robust evidence’ that fear of the SNP having a role in government resulted in gains for the Conservatives from Ukip or in vote losses for Labour from former Lib Dems.

“We find much clearer and more robust evidence that perceptions that there was going to be a hung parliament enhanced votes for ‘challenger parties’ overall: Ukip, Plaid Cymru, the Greens, the Lib Dems and the SNP. This might have cost Labour votes, but not in the ways people may assume.”

Well first of all, Labour won a large number of former Lib Dem voters – in fact Labour won the proportion of former Lib-Dems as the Conservatives, Greens and Ukip put together. However where Labour made gains from the Lib Dems it often let the Tories in:

And here is the killer line: “That is to say, it was Labour’s vote gains that helped to deprive Labour of an overall majority or largest party status.”