The Work and Pensions secretary believes that work can cure illnesses 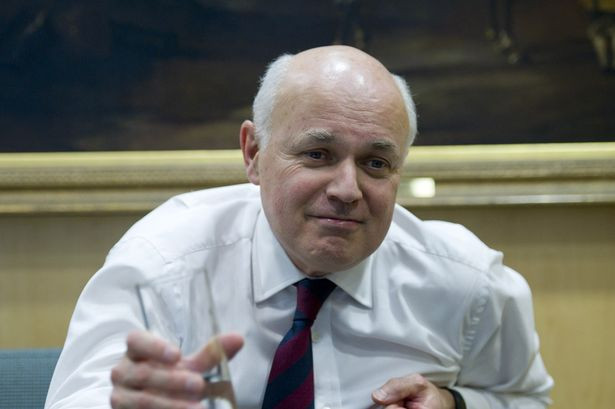 Iain Duncan Smith today announced new plans to reform the way sickness benefit is regulated. Although he did not make any policy announcements, the Work and Pensions secretary said he was keen for a new conversation about the ‘binary’ way that the Department for Work and Pensions (DWP) assesses whether people are fit for work.

This was Duncan Smith’s first speech since it was revealed that the DWP had used fictional characters on their website to extol the positive effect of benefit sanctions. He said that it may be the case that some people were able to work part time, and that they should be supported to do that, criticising the way that people are currently deemed fit to do all work or not fit to do any work.

Employment Support Allowance (ESA) is currently paid to those who are unable to work because of mental or physical health problems. People have their fitness to work assessed under the Work Capability Assessment, which has been criticised for subjecting seriously ill people to inappropriate assessments, at great cost to the DWP.

Duncan Smith said today that he believes these assessments should be more personalised so that they can assess whether someone might be able to work a small amount.

He said – rather chillingly – that ‘work can help keep people healthy as well as help promote recovery if someone falls ill.’ Labour have rushed to slam the speech, with leadership hopeful Andy Burnham warning that:

“Talk of cutting support for people who are simply not able to work will strike fear into the hearts of many vulnerable people.

“The cruel and crude approach of the Tories has already driven many people to despair and this new drive will cause even more anxiety.”

What kind of policy the DWP forms out of this latest rethink remains to be seen. But it will be a nervous wait for those who face the prospect of their only income being pulled, as the government continues to cut the resources of the most vulnerable.

5 Responses to “IDS prepares disabled people for yet more cuts”