Leftists must fight Brexit with a progressive Plan B, or risk becoming dupes of the neoliberal right 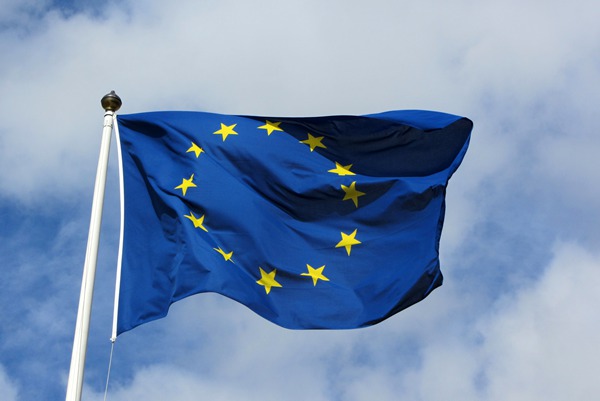 Owen Jones recently listed the growing number of the left’s luminaries who, in the wake of the horrors happening in Greece, are now toying with the idea of leaving the EU.

But to campaign for the same goal of leaving Europe as the deregulating, free market right in a world where neoliberalism and austerity are still in the ascendency would be a disaster.

Yet if progressives were to start campaigning from within for a different direction for Europe, this could enable the EU to present a real challenge to neoliberalism. The present turmoil will make it easier for such debates to get a hearing, particularly against the backdrop of countless millions becoming increasingly restive about austerity and uncontrolled migration and capital flows within the present open border Europe.

The appalling events surrounding the Greek coup have inevitably resulted in a torrent of detailed analysis of who is to blame and what should happen next. Sadly, what appears certain is that there will be absolutely no detailed discussions of the need for a radical Plan B to achieve a more harmonious Europe, and what policies this would require. Without this, the present European nightmare will continue with no end in sight.

An example of this was Alan Johnson’s pro-EU attack on Owen Green’s ‘Lexit’ proposal. He called for Labour to engage in reforming the EU, but did not say what kind of Europe he would like to see. He provides no concrete policies for changing the direction of today’s increasingly deregulating EU.

In the face of this weakness, Brexit starts to look inevitable. The four million UKIP voters at the last election will be joined by countless more, if leaving the EU is seen as the only way to control intra-European migration.

The first step in developing a Plan B for Europe has to be to continue demanding an end to the austerity blitzkrieg that the German-Brussels Pact has rammed down the throat of all Europe’s poorer countries. The richer ones, including the UK, have their own political panzer divisions that are creating economic and social distress domestically.

Austerity appeasement and deficit fetishism are just the latest weapons being used to force everyone to continue worshiping at the altar of Mrs Thatcher’s most corrosive legacy: ‘There is no alternative’.

But what would a new direction for Europe actually look like? A crucial priority would be to ensure a return to democratic control over our continent’s economic and environmental future, one that counters the pro-big-business EU Commission and parliament. In theory this should get the vocal support of the left and greens, but it’s tricky terrain due to the enormity of the required shifts in policies and end goals of the EU.

Most would agree that reforms should include allowing European countries to work together to fashion a more cooperative economic block reflecting the views and the needs of the vast majority. What is rarely considered is exactly how to remove the roadblocks to this, such as the Treaty of Rome and the unquestioned acceptance of the Single Market.

These have to be replaced, because to achieve a more stable, resilient and diverse economy will require a rejection of the open borders to people, money, goods and services enshrined in the Treaty of Rome. In its stead should be a ‘Treaty of Home’ which allows nation states to re-establish appropriate border controls to help the continent’s regional, national and local economies to flourish.

Europe could then concentrate on much needed cooperation between member states to deal with cross border threats such as climate change, crime and defence, and work together to lessen the gaps between the continent’s rich and poor regions.

The big losers would be corporations, no longer able to play countries off against each other via the race to the bottom inherent in open borders. The extreme right would also lose their ominous momentum, since they could no longer claim to be the only parties with a solution to uncontrolled immigration within Europe.

At this point I can almost hear the incredulous splutterings of countless left and green activists whilst they rush for the comfort zone of endless, fruitless attempts to turn today’s EU open markets into a more equal, greener and social Europe. Luckily the public is way ahead of such a hide bound, deluded approach.

People are increasingly voting in their millions for parties that want to either leave the EU, or change its rules, to allow democratically elected governments to take back control of their borders – particularly to limit trans-European migration.

Opposition is also growing to uncontrollable cross border capital flows which contributed so much to the present Greek crisis, when German and French banks lent money to Greeks to purchase, for example, German cars which the bankers knew they couldn’t really afford.

Border controls that can meet these public concerns as well as constraints on the flows of goods and services to protect and rebuild thriving domestic industries could therefore prove increasingly popular.

An EU with these priorities is likely to see a return of public support for a Europe which would at last be seen to benefit the majority. It would also be a fitting and practical way of rewarding the courage of the Greek people and prevent the ‘lexits’ being useful dupes for the interests of the neoliberal right.

Colin Hines is the author of ‘Progressive Protectionism’ to be published this summer.

13 Responses to “What should a reformed Europe actually look like?”