When Ed Miliband went for non-doms, it was 'the politics of envy'. Now it's 'political wisdom'. 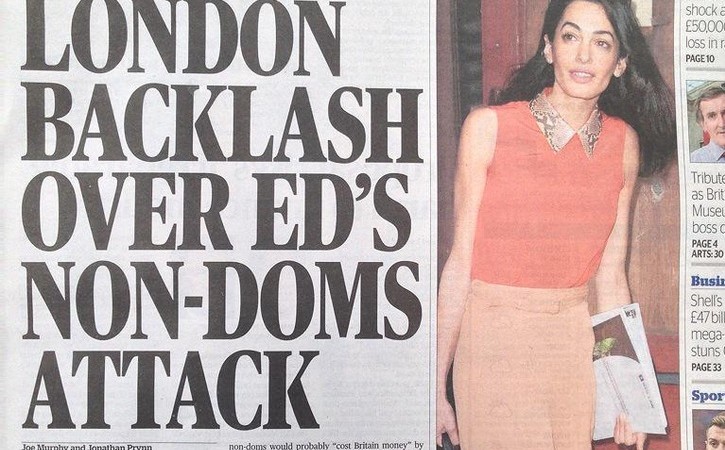 George Osborne’s announced plan to abolish non-dom status has met an amusingly neutral, if not slightly positive, reception in the Tory press.

It’s worth remembering what they said when Labour party leader Ed Miliband made the same proposal in April ahead of the general election.

The Telegraph said a clampdown on non-doms would ‘spark an exodus’ of tens of thousands of entrepreneurs, and could ‘cost Britain dear’. 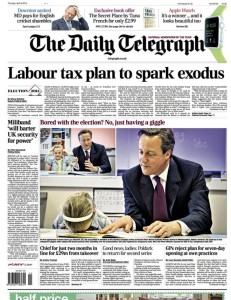 “If Mr Miliband is prepared to kill the golden goose for a cheap election stunt he is even less qualified to run this country than we thought.”

What does this say for George Osborne’s ambition to ‘run the country’ one day?

Today the Telegraph is comparatively relaxed about the move. It doesn’t even get a mention in it’s editorial.

The Daily Mail said Ed Miliband was looking to ‘exploit the politics of envy’ and called the non-dom pledge ‘playing a dangerous, disingenuous and dishonest game’.

It didn’t mention that its proprietor, Jonathan Harmsworth, 4th Viscount Rothermere, is himself a hereditary non-dom. (Rothermere is also missing from its list today of people likely to be hit by the move. The Times remembered to mention him though.)

Today, by contrast, the Mail calls Osborne’s ‘going to war against non-doms’ an example of his ‘political wisdom’!

The Evening Standard meanwhile ran a front page story on an imagined ‘London backlash over Ed’s non-doms attack’, where it found some business people to denounce the idea. 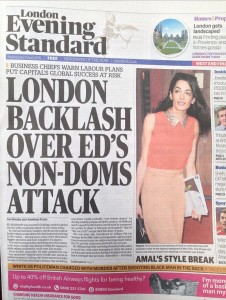 No backlash this time apparently. Probably due to the tube strike. (Those pesky train drivers!)

What to make of this? The same policy is a cynical move with apocalyptic consequences when proposed by Labour, but either too boring to mention or a stroke of genius when brought in by the Tories.

Answers on a postcard.

3 Responses to “Tory press flip-flops on non-doms. Here’s what they said in April”