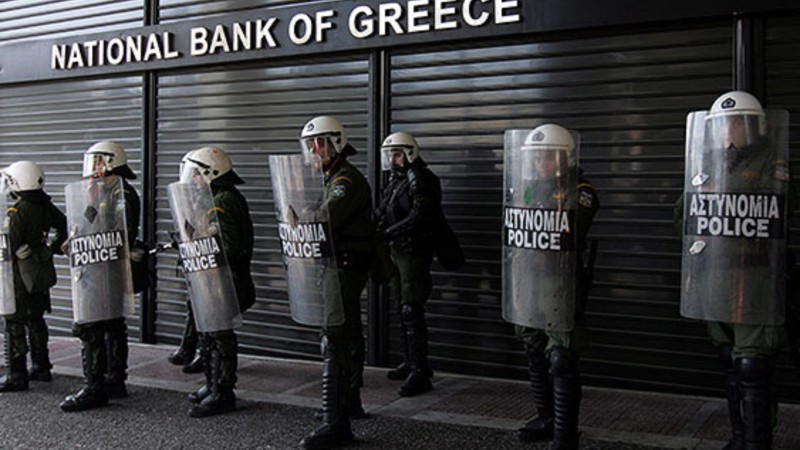 Throughout its history the European Union has experienced an uneasy relationship with British politics. It has in the past divided the Labour and Conservative parties in equal measure.

Over the last few decades, alienation with the EU has been solidly founded upon principles such as the reclamation of sovereignty, suspicions about fiscal servitude and in some cases skepticism about our neighbours.

The EU is now besieged on all fronts over its handling of the Greek crisis. It has managed — with significant damage to itself — to begin to thread together two opposing factions.

We may say that respect for the sovereignty of nations and the democratic will of the people are bastions of Western democracy. It is clear to many of us that certain powers ceded to the EU are for the common good.

Signing up to the European Convention on Human Rights for instance is the centralisation of an agreement necessary for equality across the union. Yet now euro-sceptics will no longer have to stumble in darkness trying to find a scenario in which the EU openly and to the detriment of a nation has ignored the sovereign demands of a member-state.

The Greek predicament is burning bright across the continent and illuminating the EU’s integral role in this developing crisis.

Yanis Varoufakis the former Greek finance minister once wrote that he was seeking to save the eurozone, not for any love of its financial bondages but because it had, by and large, succeeded in achieving peace across Europe.

Many eurozone countries and institutions have been financially shielding themselves from a possible Grexit. Even the Podemos leader Pablo Iglesias recently said he stood with Syriza but was categorical in his defence of Spain, stating that their financial worries were nowhere near that of Greece’s.

Yet Varoufakis was right in his diagnosis: this is no longer about financial security but the future of the European Union.

It may well be the case that such a collapse would not cause further economic strife and that only faint ripples would be felt across the member states. A contained economic firestorm would no doubt cripple the Greek economy that would then be reliant on institutions providing aid and debt relief.

The financial implications are terrible for the Greek people but the survival of the EU is not alleviated by this secession.

Emboldened by the failings of the EU to protect a member state from wreck and ruin, the right-wing euro-sceptics would charge forward buoyed by the unfolding crisis.

David Cameron has often erroneously referred to the Greek situation as a possible scenario for the UK had it rejected austerity; he may well find such allusions vociferously cited in the referendum campaign by his opponents.

An argument that would demand further space be placed between the UK and the EU could easily catch fire. The public already rejects by an overwhelming margin further integration with the eurozone for fear of collective economic suffering.

On the other side of the debate, those who were committed to reform of the EU from within and largely assent to Varoufakis’ view would be morally broken by such brazen disregard for the Greek people.

The question that has been dormant for many years is whether the EU can successfully be reformed or whether the entire edifice must first fall. To ignore the demands for a debt-restructuring deal would be met with condemnation from Washington, the IMF and many leading economists.

Much more, it would be an indicator that the EU’s institutions are beyond both reproach and reform.

The spool is reeling between these two factions, it only requires inaction from the eurozone’s leaders to tie them together. To fight on one front is one thing, to be besieged from all sides is of significant detriment to the EU’s credibility.

Spanish elections are due to take place in December with the prediction of success for Podemos. Their victory could easily create further divisions between Europe’s leaders.

Self-preservation becomes second nature to anything that has had to fight for its right to exist. One would hope that this instinct kicks in sooner rather than later.

It is of interest that in rejecting the bailout deal in their historic referendum the Greek people did not reject either the Euro or the European Union.

Despite the economic unrest that Greece has experienced over the last few years, OXI was, in its purest form, an affirmation — the Greek people still hope the EU will listen to them.

Stephen Hall is a freelance writer

12 Responses to “The EU is besieged on all fronts”