Falconer made no mention of the candidates' sex, but the damage is already done 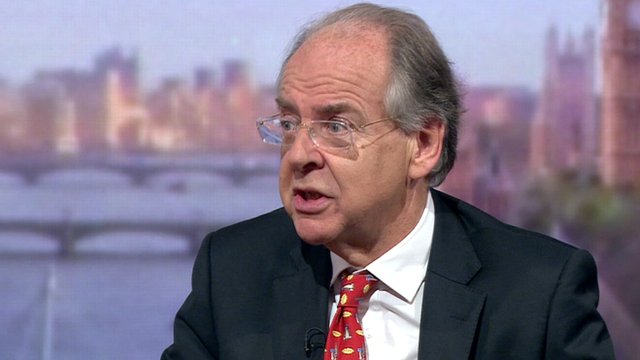 Labour peer Lord Falconer must be regretting his decision to write an article for the Times.

The trouble is, it’s all based on spin by the Times, whose proprietor Rupert Murdoch must be rubbing his hands with glee.

Falconer’s piece called for party unity and argued that Andy Burnham was the best person to lead Labour.

The Times published Lord Falconer’s piece online, then reported it in print as follows:

Women ‘are not tough enough to lead Labour’ 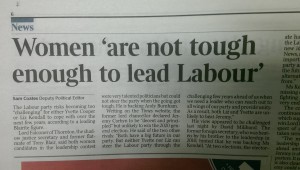 (The web headline is a bit better, though not much: ‘Women in Labour leadership race ‘not up to challenge‘.)

“The Labour party risks becoming too ‘challenging’ for either Yvette Cooper or Liz Kendall to cope with over the next few years, according to a leading Blairite figure.”

Liz Kendall has taken public exception to his piece, saying: “For Charlie to say that women somehow aren’t tough enough to lead the Labour party is a gross insult […]”

However, you will search in vain for any reference to the sex of the candidates in Falconer’s piece.

He does write that ‘neither Yvette nor Liz’ can unite the party through a challenging period for Labour, in the way he argues Burnham can.

Does the Times or anyone else doubt the party faces such non-sex specific challenges?

You can read the relevant passage below and make up your own minds.

This spin by the Times will likely see calls for Andy Burnham to disassociate himself from Falconer’s non-sexist remarks.

What a waste of time.

***
Lord Falconer wrote, in the context of endorsing Andy Burnham:

“Liz Kendall and Yvette Cooper are both very talented politicians. Both have a big future in our party. But neither Yvette nor Liz can steer the Labour party through the challenging few years ahead of us when we need a leader who can reach out to all wings of our party and provide unity.”

Murdoch’s ‘balanced’ Times is more right-wing than the Tories