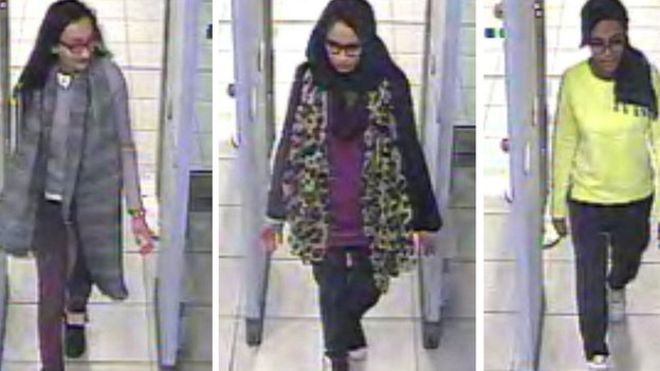 In discourse around counter-extremism we often hear about the ‘conveyor-belt theory of radicalisation’, widely understood as the idea that non-violent extremism acts as a conveyor belt leading to violent extremism.

Critics of those that point to the role of non-violent Islamist groups in the radicalisation process, such as CAGE, keen to rebut this theory, refer to it as ‘discredited’ or suggest there is no evidence to support it.

What seems to have evaded most concerned with this subject area is that the conveyor belt theory actually doesn’t exist. Yes that is correct, there is no conveyor theory of radicalisation and no-one has proposed such a theory.

I would be happy to be proven wrong on this point but my research suggests such a theory was never put forward by anyone and the term ‘conveyor belt theory of radicalisation’ was concocted by those that are now critics of the theory. It is a grand straw man; the mother of all straw men if you like.

“One can be a radical without being violent, or advocating violence. However, some who follow an Islamist agenda do use their political/religious beliefs in order to justify acts of violence, including violence that deliberately targets civilians. As such, Islamists often provide a narrative in which Islam as a faith is portrayed as being under attack. Such an interpretation can play into the hands of those who argue that Islam is in need of self-defense, even if it includes attacking civilians, including Muslims. Non-violent Islamists can champion this narrative, providing the mood music to which suicide bombers dance.”

This is a far cry from the conveyor belt theory that critics claim Quilliam posits. It therefore appears that the conveyor belt is nothing more than a caricature of those who seek to tackle non-violent extremism, often because such individuals are non-violent extremists themselves or allied to them. Having exposed this dirty trick, a number of additional points also need to be made.

Firstly, the term ‘non-violent extremism’ is slightly misleading because the organizations and individuals that it refers to (such as Hizb ut Tahrir) are not really non-violent but do not believe in terrorist attacks as a means of achieving political goals. They certainly believe in offensive jihad to conquer territory once their Islamic state has been established and they certainly intend to be violent towards gays, ex-muslims and those that do not conform to their moral norms.

So non-terrorist rather than non-violent would be more accurate.

Secondly, regardless of whether or not it causes terrorism, such non-terrorist extremism is problematic in itself. To have groups of individuals preaching the destruction of the West – as well as the necessity of establishing an Islamic state that implements barbaric capital punishments and kills dissenters – can cause a few problems in society. One of those problems being that it helps create a future support base for such a state when it does emerge, as we are now learning.

Thirdly, where there are non-terrorist extremists, terrorist extremist will eventually emerge just as if racism or homophobia were to proliferate in any society there would eventually be violent racist and homophobic attacks. This is just plain common sense and is borne out by the facts. Throughout the 90s we had Hizb ut Tahrir preaching the importance of defeating the West and establishing an Islamic state. Towards the late-90s, al-Muhajiroun splintered off and eventually began engaging in calls for jihad with many adherents now convicted of terrorism related offences.

Ideology interprets grievances, shapes identity and presents idealistic solutions that ultimately guides behavior. Extremist ideology preached with fervor sets the kettle boiling and eventually some of the water spills over.

Interestingly, those keen to deny the links between violent and non-violent extremists often argue the opposite when it comes to Islamophobia. They are very keen to point out the links between groups like the English Defence League, Britain First and anti-Muslim hate crime. Ideology suddenly becomes key and a precursor to violence when it is right-wing but not when it is Islamist.

We have a bizarre situation in this country whereby few are interested in trying to understand radicalisation yet many appear keen to use it to critique their political opponents. In the eyes of the hard-left, radicalized Muslims are a tool to exploit in a grand strategy to oppose western capitalism. Islamist extremists who preach the importance and necessity of establishing an Islamist state suddenly pretend their efforts are not linked to those seeking to establish their ideology through violent means.

Meanwhile we have sections of the press and academia that have already decided that the real issue is nasty Tory policies like Prevent – rather than extremists advocating religious supremacy.

28 Responses to “Extremism and the conveyor-belt fallacy”