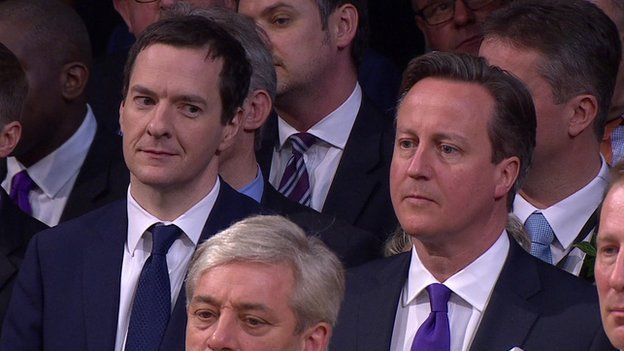 Budgets are deeply political events, but George Osborne grabbed his only chance of having a workable majority in this parliament to deliver a complex, large and massively political statement.

That said he was not averse to stealing Labour’s clothes. First on the non-dom rule, but he would have been so much better off adopting the Labour plan lock, stock and barrel (but then, I helped write it).

Second, on some avoidance measures like penalties on the general anti abuse-rule, that I have argued in favour of for so long, he again did the right thing.  And on restricting interest relief on buy-to-let properties (which must now trail more general restrictions on interest relief) and on the abuse of single owner companies, where I have been a lonely voice for a very long time, he also made the right moves.

So here, and on the national living wage he has taken Labour’s mantle, but he has done so for good reason because inside this budget is a man who is also being deeply divisive. He will concentrate wealth, and boost house prices, by his new inheritance tax rules that allow a few to preserve wealth for generations to come and exclude many from housing in the process. And his measures on benefits are draconian, especially for third children and on the withdrawal of tax credits, which may create massively unfair tax burdens for some.

He’s also no friend of the young. They do not benefit from wage increases but they will pay more for their education and suffer the effective penal tax rates that apply to so many on quite low wages who have to repay student loans. This is deeply depressing on an inter-generational basis.

The cut in corporation tax is also bad news. Why on earth should multinational companies now have a lower tax rate than those earning a little over £11,000 a year in the UK? And this will be abused: the differential between a 45 per cent top income tax rate and an 18 per cent corporation tax rate will encourage the wealthiest to shelter income in companies and so get a wealth advantage by being able to roll up income at low tax rates.

And that hints at another problem in this budget: there was almost no real boost for business bar some road building that is now clearly very much more in favour than rail investment. So whilst wages may be pushed up at the bottom and 3 million apprenticeships will supposedly be created (although it is not really said how,or of what quality they will be) there was nothing to actually get Britain to work in this package that I heard.

Despite that the OBR forecasts a rise in employment of 1 million in the next five years and Osborne says he wants to make that 2 million. That could physically only be done by mass immigration. I do wonder if this is this the secret at the core of this budget? Growth will be delivered by an immigrant workforce who do pay tax traditionally and do not claim benefits and they will as a consequence deliver his budget balance.

I have a strong feeling that has to be the case because what the budget also admitted in failing to announce any new departmental cuts is that George Osborne does not really know how he can find more of them: he’s already at the bone and can only restrain spending by making public sector employees take below average pay rises.

So, for all the bluster this budget may reveal a deep dark secret, which is that Osborne won an election on the basis of promises he thought he would never have to fulfil and since re-election he has not found a an answer to the problem he set himself of balancing a budget that may, in the light of financial crisis in China and Greece, stubbornly refuse to behave as he wants.

This was, then, what looked like a smart budget. But it’s also the budget of a deeply worried man who is paddling like fury to show that he has no really big idea. This may be Osborne’s finest day. And soon we might all be paying for the bankruptcy of his thinking that might becoming glaringly apparent over the next few years.