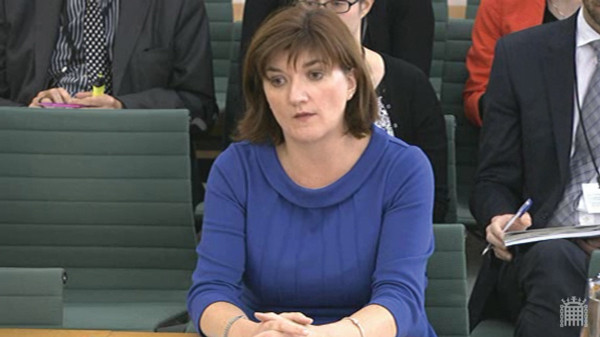 The Tories, the self-styled party of parental choice, last week published a Bill requiring all schools that are in special measures or are deemed to require significant improvement to be converted into academies. The draft legislation also removes the obligation to consult with those involved in the school, including parents.

In other words, parents will no longer get a say in what happens to their children’s school.

At the moment, when the government wants such a school to become a sponsored academy, the statutory consultation process means that parents, teachers and the local community have to be provided with detailed information about why the change is being proposed and they must be given enough time to consider that information.

The decision on academy conversion must then be made with an open mind. Failure to carry out a proper consultation leaves the government open to a judicial review of the decision which can prolong or even prevent academisation.

This means that consultation periods are frequently difficult for the government with parents and other interested parties daring to ask challenging questions and proposing better-argued alternatives.

Instead of examining and responding to the evidence the Tories prefer to remove the forum in which parents and local communities can highlight the deficiencies in their policy.

Shutting down opportunities for challenge instead of addressing the reasons for such challenge is not worthy of a democratic society. It is also an admission of intellectual weakness by the government: on this issue they are unable to take parents with them so they change the law to allow the state to impose its ideological preferences.

The hypocrisy of this authoritarian, state-knows-best approach from a party that claims to stand for the empowerment of public service users is not even the worst part of this sorry saga. It’s the implication from Nicky Morgan that those who oppose sponsored academies, many of whom are of course the parents of the children at the schools in question, do not have the best interests of their children at heart:

“Today’s landmark bill will allow the best education experts to intervene in poor schools from the first day we spot failure. It will sweep away the bureaucratic and legal loopholes previously exploited by those who put ideological objections above the best interests of children.” ­

A psychologist might point to Morgan’s statement as an example of projection. Even the Tory-led Education Select Committee reported in January 2015 that:

“Current evidence does not allow us to draw conclusions on whether academies in themselves are a positive force for change…Academisation is not always successful nor is it the only proven alternative for a struggling school.”

On the subject of primary academy schools, this Education Select Committee report stated that:

“There is at present no convincing evidence of the impact of academy status on attainment in primary schools. The DfE should commission such research as a matter of urgency. The primary sector benefits more from collaborative structures, whether with or without academy status.”

The question of academy status per se is not always what is in dispute during the consultation period; sometimes parents and teachers believe that more progress can be made with a particular sponsor, often a local outstanding school, than it can with the local education authority.

However, that isn’t always enough for the Department for Education (DfE) which on numerous occasions has forced through, or tried to force through, its choice of sponsor against the wishes of pretty much everyone involved with the school.

Take, for example, the case of Camden Junior School in Carshalton. The DfE told the school that it had to become a sponsored academy after it failed an inspection. The overwhelming majority of staff, parents and the community wanted an impressive local secondary, Greenshaw High School, to be the school’s sponsor.

But the DfE instead forced its own choice of sponsor on the school, the Harris academy chain, even though 99 per cent of respondents to the official consultation voted against the Harris bid. Just seven respondents were in favour.

Why did the DfE think it knew better than parents when it came to the best choice of sponsor for the primary school? Did the fact that the Harris chain is run by a Tory donor and peer have anything to do with it? Either way, without the hassle of contentious consultation it will be much easier for the Tories to force academy chains run by Tory donors and supporters on schools (there happen to be quite a few such chains).

A final example of parents opposing the DfE’s choice of sponsor is Twydall Primary in Medway, a school with a large number of pupils with special educational needs. Parents at this school did not oppose academisation in principle but felt that the DfE preferred sponsor, TSAT, did not have proven expertise in the education of children with special needs. After a long campaign by parents, TSAT withdrew.

Under David Cameron and Nicky Morgan’s proposals, these parents would not be consulted on the best sponsor to educate their children. Their expert input on what is required for children with special needs would therefore go unheeded.

So how about this as a suggested amendment to the Bill – a clause requiring consultation specifically with parents. This would force Morgan to backtrack or argue in parliament that parents shouldn’t be consulted. That would be worth watching.