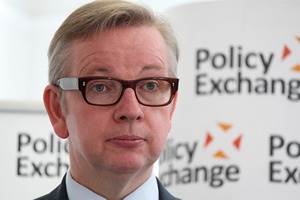 Last week, the education select committee released a rather remarkable report on academy schools. The report concluded that “current evidence does not allow us to draw conclusions on whether academies in themselves are a positive force for change…Academisation is not always successful nor is it the only proven alternative for a struggling school”.

What’s remarkable is that the education select committee, run by Conservative Graham Stuart and with a government majority, has effectively undermined the entire basis of the coalition’s education policy.

As with the NHS, so with schools

Over half of England’s secondary schools are now academies compared with just 203 in 2010. Unsurprisingly, this rapid structural reform did not come cheap. The National Audit Office identified £1 billion of spending on the academies programme in the first two years of this government as additional cost to the Department of Education (DfE). And then we have the cost-intensive policy of forcing schools, sometimes by legal action, to become academies when this is opposed by a majority of parents, teachers and governors.

The comparison with the top-down reorganisation of the NHS which diverted billions from the front line is hard to avoid.

However, from the Tories’ perspective even if academisation has failed to raise standards and perhaps even undermined them, it has still had its benefits.

The battle for young minds

The coalition’s education reforms have allowed the Conservatives to put schools into the hands of businessmen with proven right-wing credentials. This is a way to counter the influence that left-wing teachers and the ‘progressive’ education establishment are perceived to have over young minds. Michael Gove, for example, was somewhat obsessed with the notion of a Marxist conspiracy amongst the education establishment, decrying “Marxist teachers hell-bent on destroying our schools”.

Under the coalition scores of schools have been given to academy chains led by men who have donated significant sums to the Conservative party. We have, for example, the David Ross Education Foundation run by the former chairman of Carphone Warehouse; the Inspiration Trust led by businessman and Tory donor Theodore Agnew; the Harris Federation, one of the biggest chains run by Conservative peer and chairman of Carpet Right Plc Lord Harris. And then there’s venture capitalist Lord Nash, the Tory donor and unelected minister responsible for academies who is also director of his own academy chain, Future.

That political influence over schools can be a relevant factor in a school becoming an academy is suggested by the fact that it is often not enough for the DfE that a school becomes a sponsored academy under a good sponsor (this is where weaker schools convert to academy status and are required to so under the control – ‘sponsorship’ – of another school or academy trust). On numerous occasions the DfE has forced through its own choice of academy sponsor against the wishes of parents, teachers and governors. And that sponsor is often the Harris academy chain.

A typical example is that of Camden Juniors School in Carshalton. After Camden Juniors was put in special measures, the DfE told the school that it had to become a sponsored academy. The choice of sponsor preferred by the overwhelming majority of staff, parents and the community was an impressive local secondary school, Greenshaw High School, also an academy.

But the democratic choice of sponsor was rejected by the DfE which instead forced the school into the Harris Academy chain, despite 98 per cent of respondents to the official consultation voting against the Harris bid. One of the reasons given by Lord Nash for preferring Harris is so irrational that it is hard not to suspect an ulterior motive: Nash said that the consultation was flawed because Greenshaw High had encouraged parents to support their proposed sponsorship and had thus ‘biased’ the process. As Warwick Mansell wrote at the time, “parent campaigners were left wearily pointing to the fact that the consultation form itself was published at the back of a 10-page Harris brochure, setting out Harris’s claims”.

Similarly, the perceived political affiliation of those who run free schools seems to matter to Lord Nash and the Tories. If high standards were the only factor in giving the green-light to a free school, the decision by Nash to pull the plug on a long-planned free school run by the Institute of Education (IoE) is very hard to understand.

The IoE had been ranked best in the world for education in the most recent QS world university rankings and it planned to use its free school as a training school, education’s equivalent to a teaching hospital. However, Chris Husbands, director of the IoE, happened to lead an independent enquiry for the Labour Party on education before Nash backtracked on the Institute’s free school.

The restructure of the education system so that a majority of secondary schools are now academies outside the remit of local authorities has also benefited private, profit-making interests.

Current rules and the legal structure of academy schools permit those who run academies to make money by selling their own goods and services to the academy trust under their control. Possibly the most egregious example of this is practice is provided by the Academy Enterprise Trust (AET), a chain that runs over 70 schools and which made almost £500,000 worth of payments to businesses owned by its trustees and executives. None of these contracts were put out to competitive tender.

Opening up education to profit-making in this way was always likely to go down well with a core section of Tory supporters.

So come on, Labour. Bring attention to all of this. Make the link with the NHS. It will win you votes.

14 Responses to “There’s no evidence academy schools raise standards. But was that even their purpose?”