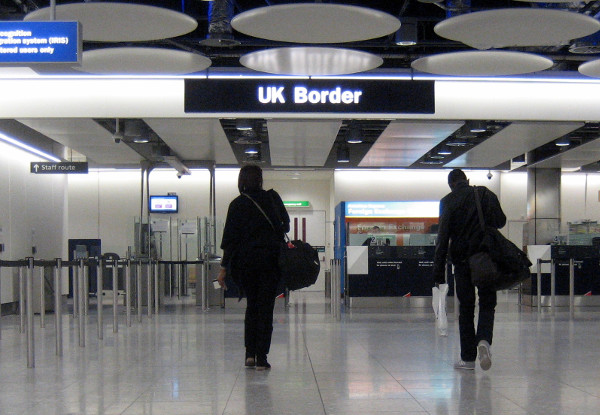 Britain’s population is growing. New estimates out this week reveal a 0.77 per cent population increase across the UK at the mid-point of 2014, higher than the 10-year average.

Britain benefits from migration – not least because migrants support our ageing society by helping to grow the economy, reduce the deficit and finance public services.

But significant numbers are concerned that the country is overcrowded. Indeed, Britain has one of the highest population densities in Europe.

And though the latest increase is not only down to a rise in inward migration, it is clear that net migration is having a sustained impact on population levels.

Still, Britain can cope with the current increase: the OBR has said that urban Britain ‘occupies less than 10 per cent of the surface area’ and density is relatively low by historical standards.

There is enough space for more houses if we are prepared to build them: building enough homes to accommodate the expected increase in people would mean that 12 or 13 per cent of land in England – rather than around 10 per cent- would be developed.

Population growth will of course be felt in some parts of the country, but it will not be felt everywhere. Breaking down the data reveals a much more mixed picture than the aggregate figures suggest.

In parts of Wales and Northern England – such as Cumbria and North Yorkshire – population levels are falling due to relatively low birth rates and low or negative levels of net migration (both international and internal).

On the other hand, parts of the South East and the Midlands have recently experienced very high levels of population growth. Tower Hamlets, Newham, Hackney, Islington and Corby are the five local authorities that have had the greatest growth over the past ten years.

In other areas – such as Manchester and Birmingham – population levels appear relatively stable but this masks considerable churn.

The latest figures also highlight Britain’s ageing population. There has been a rise in the median age to 40 – a jump of more than 6 years since 1974.

But again the impacts of ageing are uneven across the country. In areas with growing populations like Slough, Hackney and Tower Hamlets, the median age is far lower than average, while coastal areas tend to have greater numbers of older people.

In some places local authorities are dealing with sustained pressure on public services; in others, they are struggling to retain skilled workers.

In order to address these imbalances, we need to do two things. First, local authorities facing high levels of flux and churn need greater support in easing pressures on public services.

Before the election, the Conservatives promised they would introduce a new Migration Control Fund for local authorities. This fund should target support services and address needs in particular areas where inward migration is creating pressures.

Second, local authorities with declining or stagnating populations would benefit from a better pairing of migrants arriving with particular skills to areas with labour shortages.

Germany’s shrinking population has incentivised localities to develop creative ways to utilise migration in order to boost their economies – with different cities competing for migrant labour through advertising, better international transport links, and targeted integration policies aiming to get migrants settled into work (such as guidance given to newcomers for setting up new businesses).

Asylum seekers, many of whom arrive highly-qualified, are also being dispersed to areas with high labour demand.

In the US, cities with declining populations such as Pittsburgh and Cleveland have come up with new strategies for attracting migrants to revitalise their economies – from targeting migrant community groups with job advertisements to producing webinars to support employers with visa administration for international students.

Local authorities suffering from demographic and economic decline could draw on some of these strategies to ensure migrants fill labour gaps, in order to both facilitate local economic growth and alleviate pressures in other parts of Britain.

These steps would go some way to addressing local imbalances and helping to ease public concerns. On the other hand, it would be a mistake to think that reducing net migration dramatically would seriously tackle population worries.

Instead, it would risk accelerating population ageing and, in some areas, adding to population decline– which would amount to a much greater demographic challenge.