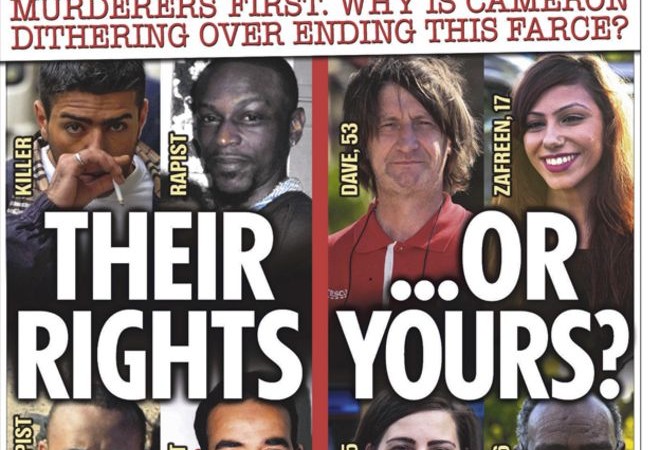 Today the Sun came out guns blazing for a repeal of the Human Rights Act. 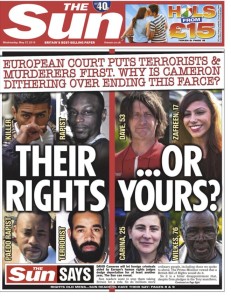 (It’s not a European Court, but never mind for now.)

The paper’s leader column says: ‘We should no longer be at the mercy of this nonsense’.

It claims the Act has been used to defend the rights of rapists, killers, terrorists and paedophiles, and to let their rights ‘trump’ those of ordinary people.

But it left out a salient category of person in its list: Sun journalists.

When the paper’s staff were investigated for various acts of wrongdoing, the paper sought protection of the very act in now seeks to scrap for everyone else.

Last October a spokesman for the paper said:

“The Sun is using the Human Rights Act in our submission to the Investigative Powers Tribunal as it is the primary source on which to base our petition under the law as it is now.”

Perhaps a new Bill of Rights written by Michael Gove or whomever it turns out to be will be more agreeable to the Sun editorial (and legal) team.

But until that bright new day dawns, the paper should recall that when it needed to defend its reporters from the state, it found the hated act and the idea of ‘human rights’ for everyone (not just people we like) a crucial and effective protection.