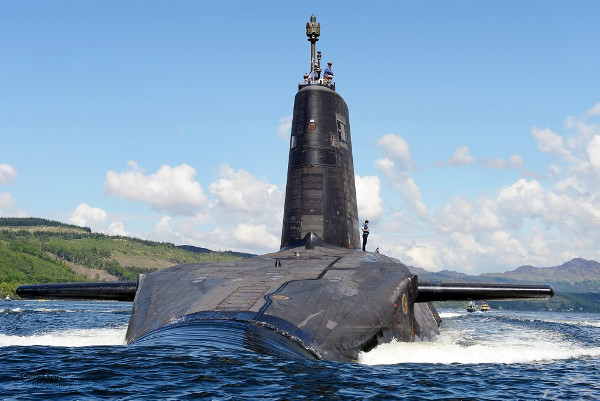 For the past five years the UK General Election has coincided with the quinquennial Review Conference of the Treaty on the Non-Proliferation of Nuclear Weapons (NPT). The conference gathers its 191 members at the UN in New York to discuss progress on nuclear disarmament and non-proliferation, and agree steps for the next five years.

At the last Review Conference in 2010 a 64-point Action Plan was agreed by consensus. This included a commitment ‘to further diminish the role and significance of nuclear weapons in all military and security concepts, doctrines and policies’.

Once again, however, there is deep disquiet at the Review Conference – due to end on 22 May – about the lack of progress on nuclear disarmament and the continued modernisation and veneration of nuclear weapons in nuclear-armed states.

What’s at stake here is not so much further incremental cuts in nuclear forces, though these are welcome and necessary, but concrete actions to step back from the practice of nuclear deterrence.

In the UK, however, we see the opposite. Throughout the election campaign we saw the Westminster parties eulogise nuclear weapons and nuclear deterrence as they competed for votes. We saw nuclear weapons heaped with symbolic meanings as our politicians competed to show that they were the most committed to retaining UK nuclear weapons for another generation at considerable expense and opportunity cost.

We saw Labour and the Conservatives lock themselves in a performative nuclear dance in which each tried to outdo the other’s patriotic commitment to ‘national security’ and protection of the citizenry through continued deployment of weapons of mass destruction. Yet ‘national security’ in the round was absent as an electoral issue. There was little mainstream debate on Russia, ‘Islamic State’, energy security or climate change, for example.

The political context was the legacy of the Scottish independence referendum last September that cast a long shadow over the election. The resurgent Scottish National Party were vilified in Westminster as socialist Trident rejectionists and would-be Union wreckers.

Labour remains internally deeply divided on Trident. But it was forced to commit to full Trident replacement come what may and to denounce even talking to the SNP, by a sustained Conservative attack that conflated rethinking Trident under a Labour administration with breaking up the Union by relying on the SNP in a hung parliament.

The Conservatives accused Labour of wanting to sell out ‘national security’ by trading Trident for SNP support to get the keys to No. 10. Here, the Conservatives played the ‘strong on defence’ card favoured by right-leaning parties that frames disarmament as emasculation and ‘weakness’.

It is a narrative that says our national protection and security through the threat of colossal nuclear disaster is unquestioningly necessary and acceptable. It insists that a global security system of nuclear haves and have-nots is somehow permanently sustainable, deaf to the global voices of dissent massed at the NPT Review Conference.

So we have seen the theatre of nuclear politics playing out simultaneously in two arenas: at the international diplomatic level in the month-long NPT Review Conference and the domestic parochial level in the six-week election campaign.

What is clear, however, is that local nuclear party politics trumps international treaty obligations. Why is this? The answer lies in a political culture of ‘nuclearism’ – the almost naturalised belief that nuclear weapons and nuclear deterrence are an inevitable, necessary and enduring component of major power relations, an unquestioned solution to national security threats, and part of what makes Britain ‘great’.

It is a ‘regime of nuclear truth’ that is embedded in our political culture, one that assigns powerful values to nuclear weapons, including electoral value. The British culture of nuclearism has been vigorously challenged over the past decade as sceptics and critics have explored ways and means of weaning the body politic off its reliance on nuclear weapons, but the roots of nuclearism run deep.

A major problem, for the UK at least, is that it is seen as perfectly legitimate to value nuclear weapons as highly-prized assets. Part of this legitimacy comes from the NPT that recognised the UK along with the USSR, USA, France and China as ‘nuclear weapon states’ in 1968 because they had exploded a nuclear device prior to the treaty’s negotiation. This legal status as a nuclear weapon state is routinely translated into a language of permanent entitlement, legal rights, and international political legitimacy.

A new international legal instrument to prohibit nuclear weapons for all states – a ‘nuclear ban treaty’ proposed by many governments at the Vienna International Conference on the Humanitarian Impact of Nuclear Weapons in December 2014 – would strip UK nuclear weapons of their veneer of legitimacy and substantially diminish the domestic political values assigned to these weapons.

Such a shift in the international normative context of nuclear weapons would begin to wither the roots of cultural nuclearism in the UK. In the meantime, the party politics of nuclear electioneering in the UK and the diplomatic games of global nuclear order in New York seem to operate in entirely different worlds.

Nick Ritchie researches and teaches in the areas of international relations and international security at the University of York. Follow him on Twitter