Even if Nicola Sturgeon holds back, Scotland could be sidelined into going it alone 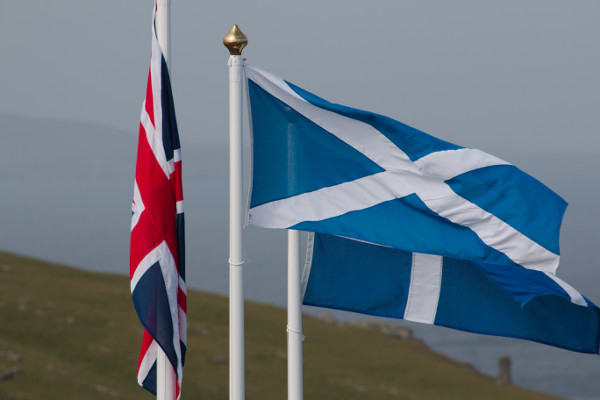 It is perhaps apt that David Cameron and Nick Clegg will be finishing their final dash across the country in Scotland later today.

In an election where caution has been the order of the day, with none of the main parties wanting to rock the boat in the face of close polling, it is Scotland which has come to dominate in a way few ever anticipated.

What began in 1999 with the creation of the Scottish Parliament has given the SNP the base upon which all its dreams and aspirations have slowly been built.

By 2007, under the leadership, for the second time, of Alex Salmond, the SNP found themselves running a minority government which lasted the full four-year term. Crucially, it also gave them an insight into how opposition parties can best gain influence over policy.

Then came 2011. Defying the logic of a voting system designed to prevent it, the SNP managed to secure an outright majority of seats at Holyrood.

Making a net gain of 23 seats on the constituency vote Scottish Labour, once the natural party of Scotland, lost 20 of its 35 constituency seats north of the border. It was a devastating blow that pointed to something much bigger in the pipeline.

Last September Scotland voted against independence, but Labour have remained weak north of the border.

The electorate in Scotland has engaged with the political process like no other part of the country. SNP membership has surged to over 100,000, whilst the polling for Nicola Sturgeon personally and the SNP more widely has been eye watering.

If Labour suffers the kind of disaster north of the border that polling predicts, it will be because of a sense that the party has taken Scottish voters for granted for too long.

A party once led by Scottish big beasts such as Gordon Brown, Donald Dewar, John Smith and Robin Cook has seen a brain drain, with its biggest talent now focused in Westminster rather than Holyrood. It is telling that when the party found itself in need of a new leader following Johann Lamont’s resignation, it was to Westminster that eyes turned.

Step forward Jim Murphy. His energy and enthusiasm is clear for all to see and yet it has made little difference. Indeed, if the polling is to be believed then the SNP lead is only increasing.

If Scotland votes en-masse for the SNP tomorrow it will have profound implications for the future of the Union.

Publicly the SNP have sought to argue that this election is not about independence. But the rhetoric of the Conservatives, Lib Dems and Labour is such that they could end up side-lining Scotland into going it alone almost by accident (or on purpose in the case of the Tories).

Rather than seeking to punish and marginalise Scottish voters for daring to vote for a different party, Miliband, Cameron and Clegg must ask themselves why it is that none of them can muster anywhere near the support needed to form a majority government.

The tough answer to such an analysis might then dawn on them all: that this is the election that has exposed the deep and unhealthy mistrust of the ‘main’ political parties. The question is can they – will they – be able to restore the trust?

10 Responses to “Is this the election that will fracture the union?”