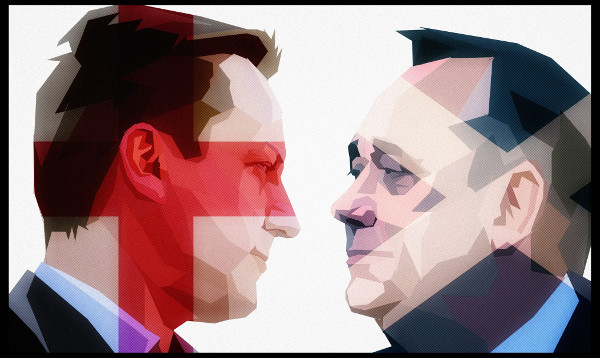 Will they or won’t they?

That’s the question that now hangs over the SNP. How will the party handle its ambitions for independence following an astonishingly good election showing?

Just days before the independence referendum last September, the then-first minister Alex Salmond made clear that in the event of a No vote there would not be another referendum within this ‘political generation’.

After yesterday however, there can be little doubt that the SNP are more likely than not to include a commitment to a new referendum in their manifesto for elections to Holyrood next year.

The official line being taken by Nicola Sturgeon is that she’s not planning anything at the moment, and that a referendum would only return as an issue if something ‘material changed’.

With that in mind, the SNP is clearly now playing a cynical game to engineer such a material change. It is doing so by constantly upping the stakes and not really accepting any of the levels of power that Westminster is now proposing for Scotland.

Already Sturgeon has argued that the proposed new powers for the Scottish Parliament, outlined within the Smith Commission and supported by David Cameron, don’t go ‘far enough’. Speaking on on ITV’s Loose Women yesterday she argued that David Cameron did not have a right to decide when or if Scotland voted again on its constitutional future.

Her calls for the prime minister to go further are the latest in a line of similar announcements.

The former Conservative Scottish secretary Lord Forsyth has called on the government to publish a white paper outlining the impact of providing Scotland with full fiscal autonomy. Meanwhile the former chancellor and head of the Better Together Campaign Alistair Darling has concluded that only a federal system will save the UK, arguing that ‘the Smith Commission proposals have been completely overtaken by events.’

Over the weekend, Labour’s last first minister in Scotland, Lord McConnell, concluded in fairly stark language that the Smith Commission proposals are outdated:

“The idea that the response to what happened last Thursday is to plough ahead with what will become a shambles cannot be the solution.”

“The prime minister needs to take a pause rather than ploughing ahead and appointing a Scottish secretary, going ahead with Smith Commission proposals that will fall apart in due course and stop talking about ‘one nation’ as if everybody is the same.”

McConnell instead called for a constitutional convention to address the ‘disillusionment with the way the country is governed’, adding that feelings ran ‘deeper than just what happened in Scotland.’

It is against this backdrop that the new Scottish secretary David Mundell – the Tories’ only MP in Scotland – was yesterday appointed to the cabinet.

Whilst concluding that initial legislation in the Queen’s Speech will focus largely on implementing the Smith Commission proposals, he nevertheless left wriggle room for the government to go further, noting last night:

“Obviously if people bring forward amendments they will be looked at. We are not going to prejudge that.”

6 Responses to “Is it time to scrap the Smith Commission?”