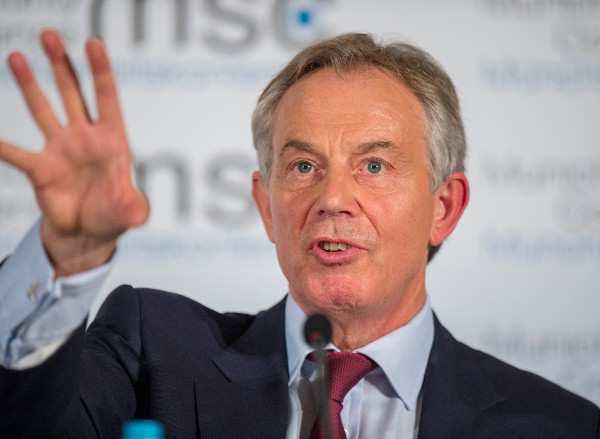 The ‘Blairites’ are certainly right about Labour’s so-called 35 per cent strategy. How one envies the SNP, for whom every Scottish voter is a target voter.

Whatever happened to ‘One Nation Labour’? They are right to suggest that we should help people fulfil their aspirations but their definition of aspiration is too narrowly focused. It’s one thing to aspire to shop at John Lewis – I might aspire to shop at Fortnum and Mason – but what about those who aspire to make the shift from Food Banks to Lidl?

And what about those who may be well off themselves but who aspire to live in a more equal society? Man cannot live by bread alone.

Labour was always a coalition of the liberal intelligentsia and organised labour, but the deal was that the workers would support the liberals’ agenda in return for greater economic equality. It’s a bargain that hasn’t been kept.

Think of that wonderful film ‘Pride’ about the Lesbian and Gay Miners’ Support Group in South Wales in the 1984. Since that time, the LGBT community has won almost everything it set out to achieve and more.

Who would have thought it possible that a Tory government would enact gay marriage? Meanwhile, the mining communities in South Wales (and elsewhere) have been left to rot. The security of reasonably well paid, albeit dangerous jobs, in mining have been replaced by zero hours contracts on an inadequate minimum wage.

All of this proves that greater equality in the social sphere does not lead to greater equality in the economic sphere. Thatcherism was about policing the bedroom whilst allowing the market to rip in the economy. Labour should be about the opposite – supporting individual rights through a socially liberal agenda whilst promoting economic equality through greater state intervention and regulation.

But the ‘Blairites’ are surely wrong to suggest that simply rehashing ‘Blairism’ is the solution to our current problems. It’s worth looking at the General Election results in a bit more detail and comparing them with the last time Labour formed a government (under Tony Blair’s leadership), which was in 2005.

However, it is also obvious that Labour lost votes to UKIP as well. In Wales, Plaid Cymru – also campaigning to the left of Labour -achieved its best ever General Election result, and UKIP were runners up to Labour in a whole swathe of previously iron-clad Labour strongholds in the valleys.

What is less well known and gives the lie to the ‘Blairite’ argument is that in England Labour polled more votes under Ed Miliband in 2015 than it did under Tony Blair in 2005 (8,087,684 compared with 8,065,213). That remarkably accurate exit poll showed that we increased our share of the vote amongst the middle class but lost heavily amongst working class voters.

It is surely a matter of concern to my party that 61 per cent of UKIP’s supporters are working class?

It is not immediately clear how a return to ‘Blairism’, presumably complete with foreign wars fought by expendable working class youths, will win back voters from the SNP, Plaid Cymru and the Green Party.

It is even less clear how a return to ‘Blairism’ with its love of globalisation, slavish adherence to the EU ‘project’ and support for free movement of capital and labour can win back those who deserted Labour for UKIP. The ‘Blairites’ solution to ‘left behind’ groups voting UKIP would appear to be to leave them there.

There are no easy answers and it is dishonest to suggest otherwise. Labour needs a clean break from the past and new faces at the top. Whoever leads the party will need to appeal to the voters we have lost in such large numbers.

It is difficult to see how they can appeal to those voting for the SNP, Plaid Cymru and the Greens at the same time as appealing to those who voted for UKIP. But it is not impossible, because polling data suggests that these groups have a lot in common. For example, UKIP voters are overwhelmingly in favour of re-nationalising the railways and higher spending on the NHS.

There is a symbiotic relationship between the ‘cultural anxieties’ of UKIP voters (as Will Straw puts it) and the confident nationalism of those who voted Plaid Cymru and SNP – by the way, the clue is in the name: Scottish National Party. The SNP taps into a sense of national pride, shared history and community which too many on the left regard as ‘false consciousness’.

In a world which moves on at frightening speed, destroying communities in its wake and causing mass insecurity people are looking for a sense of identity (did anyone notice the Liverpool fans’ banner just after the election? ‘We’re not English, we’re Scouse’ it said), and most of us have multiple identities. Labour needs to understand this and connect with it.

Richard Cotton is a Camden Borough Councillor. He has been a Labour Party member since 1967, and volunteers at Primrose Hill Community Library.

10 Responses to “Comment: Blairism is no solution to identity crisis”