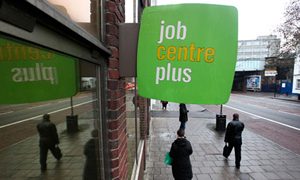 The homelessness charity Crisis has warned today of a ‘postcode lottery’ with benefit claimants in some parts of the country being much more at risk of sanctions.

Last week a damning report by a coalition of UK churches exposed the human cost of the sanctions system, which it found to be cruel, arbitrary and poorly administered. The research showed a map of ‘hotspots’ where benefits sanctions were most likely to be implemented, and highlighted how sanctioned claimants found themselves at risk of homelessness.

The report, Benefit Sanctions and Homelessness – conducted for Crisis by the Centre for Regional Economic and Social Research at Sheffield Hallam University – found that in Richmondshire in North Yorkshire, there were 15.4 sanctions for every 100 Jobseekers Allowance (JSA) claimants.

This was the highest in the country, followed by Test Valley, Southampton, Cheltenham and Fareham. Most local authorities had a rate of somewhere between four and eight sanctions per 100 claimants.

The report also provided evidence of large numbers of unfair or inappropriate decisions, with particular concern over the impact on homeless people. It warned that many people who were sanctioned had mental and physical health problems, a history of domestic violence or poor literacy and IT skills, making it harder for them to meet the conditions set out for claiming JSA.

Meanwhile the report looked at evidence suggesting that sanctions could increase people’s risk of becoming homeless, leaving them struggling with debt and without enough money for food, rent or heating.

Crisis suggested that geographical variations may be linked to Jobcentre Plus districts, and the areas that were more advanced in trialing and implementing Universal Credit and the Claimant Commitment. For example, Work Programme providers were divided into East and West London, and there was a clear split between the percentage of sanctions handed out in the east and west of the capital.

“This evidence review raises serious questions about the appropriateness, effectiveness, and consequences of benefit sanctions, particularly for homeless people.

“The evidence at present is limited, but points clearly to a system that is more punitive than it is supportive and that fails to take into account the barriers homeless people face.

“The scale and magnitude of sanctions is startling, as is the wide variation found across the country. Over the coming year we will be building a robust evidence base, so that informed debate can take place about the appropriateness and effectiveness of welfare conditionality and benefit sanctions in the context of homelessness.”

Crisis warned that sanctions could lead to food poverty, forcing people to cut back on food, resort to food banks and even shoplift for food. They also said that sanctions could be counterproductive because they made it harder for people to find work. Sanctioned people may not be able to afford to travel or buy suitable clothes, and they may in addition feel extremely unmotivated and tempted to disengage from the system.

Crisis chief executive Jon Sparkes urged the next government to “commit to an urgent, wide-ranging review looking at the appropriateness and effectiveness of sanctions, especially for people at risk of or experiencing homelessness”.