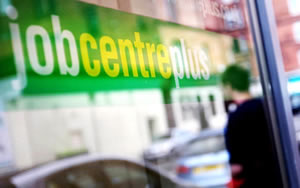 A new report on benefit sanctions, commissioned by a coalition of UK churches, has been released today, and it raises disturbing questions about a system which seems to punish the most vulnerable members of society.

Benefit sanctions, which are imposed when a claimant fails to meet one or more of the very specific conditions laid out for finding work, can last for months and even years. The report, produced by the Baptist Union of Great Britain, Church Action on Poverty, the Church in Wales, the Church of Scotland, the Methodist Church and the United Reformed Church, estimates that 6.8 million weeks of sanctions were handed out in 2013/14 and that over time one-fifth of all Jobseekers will be sanctioned.

The study collects stories of individuals whose punishment far outweighs their failure. The stories are frustrating, sometimes harrowing: a young man who was left homeless after sanctions were imposed when he missed an appointment, despite the fact that the letter had not been sent to the new address he had given the Jobcentre; a woman who was unable to fill out her job search online so did so in a booklet, as agreed by the centre, and was then sanctioned; a single mother who hanged herself, unable to cope with the financial hardship.

The stress and shame of being reduced to using food banks and sleeping on sofas for what in many cases is a simple administrative error is, the report finds, the result of one of the most severe systems of sanctions in the developed world, and undermines some of the core philosophies of the welfare state.

Although there is a ‘hardship payment’ system in place for those who have been sanctioned, it is withheld for two weeks after payments are stopped in order not to undermine the deterrant effect of sanctions. This, say the churches, amounts to punishing people with hunger.

Disturbingly, ‘the DWP guidance repeatedly acknowledges that the sanctions it administers are expected to cause deterioration in the health of normal healthy adults.’

The scale of the harm caused is vast; the report finds that at least a hundred people who are medically recognised as too mentally ill to work are sanctioned each day, and that around 100,000 children were affected by sanctions in the UK last year. Sanctions seem to be administered liberally and without much scrutiny, because six in 10 are overturned if challenged.

Furthermore there is nothing to suggest that sanctions help to get people into work. Recent data cited by the report shows that for every 100 sanctions imposed, 42 people will leave benefits but only seven will enter work.

Of what happens to the remaining 35 there is ‘not a clear picture’. It seems unreasonable to expect there to be a link between sanctions and increased employment; a system which expects this link believes that most people are jobless out of choice.

According to the report,

The controversial Universal Credit scheme will mean that sanctions affect more people including those who work; people earning below a threshold level of £11,300 and receiving UC will become subject to conditionality and sanctions.

“Something has gone badly wrong when 100,000 children are innocent victims of benefit sanctions. Under this government the sanctions system has become a cruel maze in which it is all too easy for claimants to lose cash for minor breaches of rules and random decisions.”

“Even those who have contributed for years and are working hard to get a new job can find themselves sanctioned, and driven to food banks.”

The report recommends that sanctions are stopped for those with children or those suffering from mental illness, and that the two-week delay before a claimant can received hardship payment should be removed.

It also suggests a full independent review to ascertain whether this punitive system has any positive effect whatsoever.