Tax avoidance is the real catastrophe for Britain 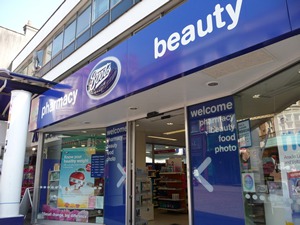 It has been well reported by the right-wing press that Stefano Pessina, the chief executive of high street retailer Boots, told the Sunday Telegraph that a Labour government would be a “catastrophe” for Britain.

But it’s safe to say that his intervention, intended to cast doubts over Labour’s business credentials, hasn’t been a complete success. This is because much of the reaction to his comments has centred on the issue of tax avoidance, following scrutiny of his own company’s tax arrangements.

One of the first things the Monaco-based billionaire did after taking over Boots in 2007 was move its headquarters from Nottingham to a low-tax region of Switzerland. Anti-poverty charity War on Want claim this has helped Boots to dodge £1.1bn in taxes over the last seven years – enough to fund 78,000 NHS nurses for a year.

What makes this a particularly galling example of tax avoidance is the fact that a large proportion of Boots’ UK revenue – War on Want estimates 40 per cent – comes from the taxpayer, through its expanding service contracts in the NHS.

While it may be legal, tax avoidance is morally indefensible, especially at a time of economic hardship. And it is endemic, costing the UK £3.1bn in 2012/13, according to HMRC figures. And this is almost certainly a significant underestimate, as analysis by tax researcher Richard Murphy has shown.

There is cross-party consensus on the need to tackle tax avoidance, and there has been no shortage of politicians calling for action to be taken. In 2012, chancellor George Osborne labelled aggressive tax avoidance “morally repugnant”.

Unfortunately, his rhetoric hasn’t been matched by action. In the 2010 Spending Review he cut HMRC’s budget by £2bn, including 10,000 job losses, which has limited their ability to collect taxes. This is not the act of someone serious about getting to grips with tax avoidance.

Shadow chancellor Ed Balls said in November that a Labour government would double the fines that can be levied on people who avoid tax. This should be welcomed, but Labour could (and should) go further.

Companies engaged in tax avoidance should be denied public sector contracts. A simplified tax code would make it harder for avoiders to find loopholes. Greater international cooperation is required to ensure that companies cannot move profits across national borders to avoid paying tax, in the way Boots has. And we need to invest in HMRC to ensure it is properly staffed.

Getting tough on tax avoidance chimes with Labour’s pledge to stand up to big business. Of course, the Tories and right-wing media will claim it is indicative of an anti-business agenda.

But there is nothing anti-business about levelling the playing field on which businesses operate. If Boots can lower its prices because it doesn’t pay all the tax they owe, it forces the local pharmacist down the street out of business because they can’t compete.

And there is an electoral prize that awaits those committing to take meaningful action on this. There are few things in politics that resonate with the public more than pledging to clamp down on tax loopholes. Four in five Britons say that tax avoidance makes them feel angry.

At a time when the welfare state is being cut for the vulnerable and public sector workers enter their fifth year of a pay freeze, it offends a basic sense of fairness that wealthy individuals and multinationals get away with avoiding tax.

Mr Pessina believes Ed Miliband in number 10 would be a catastrophe. A Labour government should ensure that it is indeed a catastrophe – for those who avoid paying their fair share, because tax avoidance is a catastrophe for Britain.