The chancellor's record on tax avoidance suggests this is yet another PR exercise, writes James Bloodworth. 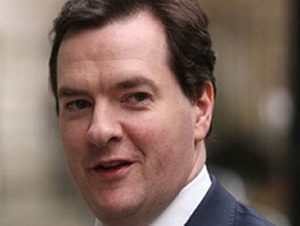 The chancellor’s record on tax avoidance suggests this is yet another PR exercise, writes James Bloodworth

The chancellor George Osborne is making the headlines today on the back of an announcement that he wants to make it easier to impose fines and jail terms on tax avoiders exploiting offshore havens.

Around £5bn a year is lost to tax evasion, according to HMRC, and Osborne plans to make it a criminal offence for firms to fail to declare offshore income.

This is certainly welcome news. At a time when so many government savings are being made on the backs of the poor and the vulnerable, it’s good to know that at least some pressure is being exerted at the upper echelons of the income scale – those with the broadest shoulders and all that.

The problem for the chancellor is that this looks a lot like style (and headlines) over substance. I say this because, aside from the occasional sprinkling of rhetoric, the chancellor has not been particularly concerned about tax avoidance in the past if we look at actions rather than words.

For one thing, since he became chancellor in 2010 Osborne has allowed multinationals with a finance subsidiary in a tax haven (and 90-odd per cent of FTSE-100 companies do) to pay corporation tax at 5.5 per cent instead of 23 per cent. The policy was referred to as “almost government-approved tax avoidance” by a leading tax expert.

Then there is the rule known as ‘the Patent Box’, introduced by Osborne. The rule allows companies to pay a reduced tax rate of 10 per cent arising from patent income, regardless of whether or not the patent involves only a small proportion of the activities related to the income. According to the European Commission, the patent box regime may also violate EU law.

And remember when Osborne effectively let Vodafone off the hook over a £6bn tax bill?

Lastly, there is the fact that selected for the HMRC panel set up to advise the chancellor on tax avoidance was one David Heaton who, speaking at a conference designed to promote tax avoidance (or ‘tax planning’ as the euphemism has it), was recorded boasting about a scheme which “keeps the money out of the chancellor’s grubby mitts”.

Indeed, the chancellor has been criticised by Parliament’s Public Accounts Committee for allowing individuals from large accountancy firms to advise the treasury on tax avoidance before returning to the private sector to tell clients how to get around tax rules.

All this leads one to wonder whether the chancellor really means it this time or if, as in the past, it’s simply a vacuous PR exercise.

One Response to “Osborne’s record on tax avoidance: spin over substance”