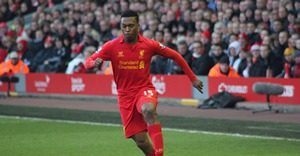 Football fans will be shocked, if not entirely surprised, by the size of the new Premier League TV deal. The contract for 2016-19, worth £5.1bn, represents a 70 per cent increase on the current deal. The Premier League gravy train shows no sign of running dry.

Much of the media coverage in the wake of last week’s announcement has focused on the financial strength of top-flight clubs. Many commentators have welcomed the deal, arguing that the extra revenue will help entice the world’s elite players to England, with clubs better placed to compete with the likes of Real Madrid and Barcelona on wages and transfer fees.

But one crucial actor appears to have been forgotten in debates about what the new deal means for the game: fans.

Supporters of Premier League clubs are already shelling out at least twice as much to attend a match than their counterparts in the other top four leagues in Europe. And ticket prices continue to rise more than three times faster than the rate of inflation, pricing increasing numbers of ordinary working fans out of the game.

It is no coincidence that the average age of an adult Premier League fan is now 41. Younger people, who have less disposable income, can’t afford to follow their team the way their parents did.

In 1990, a ticket to watch Arsenal cost £5. The cheapest ticket for a ‘category A’ game at the Emirates stadium is now £64. If wages had increased at the same rate as ticket prices over the same period, average earnings would now be about £165,000.

Top-flight football is operating outside the realm of economic reality. And it’s the fans, on whom the game relies but whose support is all too often taken for granted, who are paying the price.

The additional wealth generated from the new TV deal could, and indeed should, be used to significantly lower ticket prices. There is no doubt that clubs can afford to do this. The Football Supporters’ Federation has calculated that clubs could use the £5.1bn to reduce every ticket at every Premier League game by £40 and still be no worse off than they are this season.

While reducing ticket prices wouldn’t have an impact on the finances of clubs, it would make a huge difference to hard-pressed fans, many of whom are still struggling with the Cost of Living Crisis.

Clubs should provide guarantees that the extra revenue won’t be frittered away on excessive transfer fees and pocketed by players through higher wages, which is exactly what has happened after previous TV deals.

It’s safe to say that top-flight players aren’t in need of a pay rise any time soon. The average Premier League player, now on £43,000 per week, will earn more in a year than most fans will make in their life. Since you started reading this blog, Wayne Rooney – one of the league’s highest paid players – has earned over £100.

When such a chasm exists between the players and supporters, it’s no wonder many fans feel alienated from the modern game. A commitment to pass on the new windfall to fans in the form of reduced ticket prices would go some way to bridging the gap.

But initial signs have not been encouraging. Responding to calls from politicians, supporters groups and former players for clubs to share the new wealth with fans, Premier League chief executive Richard Scudamore was quick to say that clubs are “not set up for charitable purposes”.

Fans don’t expect charity, but they do expect to be treated with respect. Owners, players and their agents have all profited from the huge injections of cash that broadcasting income has provided over recent years. It’s time fans – an integral part of the spectacle that Sky and BT have paid so much money for – also benefited.