2015 represents the best opportunity world leaders have had to date to secure a global climate deal. 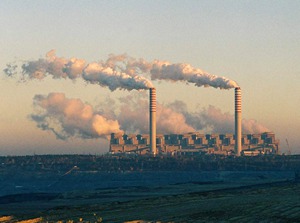 French diplomats are so confident that world leaders will finally agree an international accord on climate change when they host them in Paris this December that they have even given the deal a name already: ‘The Paris Alliance’.

Is this just hopeless optimism from a President seeking to rescue his legacy in his final years in office?

Actually there are good reasons to suggest that Francois Hollande is right to be positive about the prospects for brokering a global warming agreement in 2015. The political conditions for reaching a pact have been somewhat transformed since the historic failure of the UN climate summit in Copenhagen in 2009 – the last time world leaders met together to try and address the crisis.

The most important change has been the volte face from the United States.

Many of us were deeply disappointed when the then newly-elected Democrat President turned up in the Danish capital six years ago with nothing substantive to offer. But in his second term President Obama, together with Secretary of State John Kerry, the frontline politician with the most impressive history of championing action on cutting carbon pollution, is leading the global effort.

Bypassing America’s hostile Congress, Obama has used executive orders to regulate pollution from cars and dirty power stations and has helped drive down US emissions to their lowest level in two decades.

Investing a staggering $90 billion in clean energy, his administration has also overseen a doubling in home grown renewable energy generation.

As importantly, Obama has made climate change one of his top foreign policy priorities.

The fruits of this diplomatic leg-work began to be visible in November when Obama sprung on the world a surprise climate deal with Beijing. This will see China build a remarkable 1000GW of clean energy power stations, the equivalent of the entire American electricity system, over the next fifteen years; and America will cut its output of greenhouse gases by 28 per cent by 2025.

Success of US diplomacy on the issue was visible again last month when the climate sceptic Australian government, under intense pressure from Obama at the recent G20 summit over their Prime Minister Tony Abbott’s decision to isolate Australia on the issue, backed down and donated to a UN global fund designed to help developing countries use cleaner technologies. Later this month, Obama will fly to Delhi to continue his diplomatic offensive.

Alongside these new commitments from the world’s biggest polluters, Europe also just agreed for the first time since 2007 to up its game. The EU will put into law a doubling of cuts in carbon pollution between 2020 and 2030, and leaders have left open the door to go further if there is an international agreement reached in Paris.

All of this inarguably adds up to big progress, but it also still falls short of what scientists agree is required to keep global warming from reaching very dangerous levels.

New analysis published in December shows that if all existing government promises on climate change are met, global temperatures would still rise by around three degrees – beyond the threshold at which impacts become dangerous and irreversible.

There is also still an outside risk that a deal could be derailed altogether by a row that is brewing over money. At the Copenhagen Summit in 2009 world leaders pledged $100bn a year by 2020 to help poorer countries develop more cleanly.

Since then donor countries, mired in the financial crisis, have failed to set out how this money will be raised and when governments can expect to see any of it.

Without resolution on this key issue the meeting in Paris could yet collapse because many developing countries will argue that they cannot sign up to carbon cuts without knowing how much assistance they will receive to help them industrialise more cleanly.

Allowing another momentous failure to pan out in Paris as it did in Copenhagen would likely prove terminal for the UN climate process, and risks prompting years more inaction that the world cannot afford.

Secretary of State John Kerry told the UN climate summit in Lima last month, “Whether we’re able to promptly and effectively address climate change is as big a test of global leadership, of the international order – such as we call it – it’s the biggest test of that that you’ll find.”

Yet securing some robust, common global rules to provide a framework for ramping down carbon pollution faster and faster in coming years as the cost of clean technologies continues to fall is an eminently possible outcome from Paris.

2015 represents the best opportunity world leaders have had to date to secure a global climate deal.

Will they blow it?

7 Responses to “Will 2015 be the year the world finally agrees a historic climate deal?”