A Pakistani cleric has found himself a victim of the very laws that he promotes. 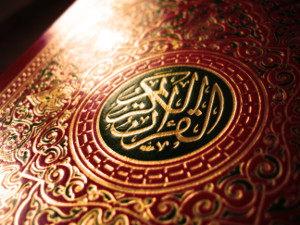 The allegation occurred after Jamshed re-enacted a hadith which suggests that the Prophet Muhammad’s youngest wife Ayesha occasionally faked illness to seek her husband’s attention. The re-enactment was entitled ‘even the prophet’s company cannot tame a woman’.

Jamshed is notorious – or renowned, depending on who you talk to – for his misogynistic views. He is on record as saying:

“If you want a happy life, do not teach your wives how to drive a car. Do not let her go outside. She might leave you.”

He has also said that “A husband only involves himself in an extra marital affair because his wife isn’t doing enough. She is to be blamed.”

He has also advocated a ban on women driving, drawn connections between respect and how much a woman covers herself, and generally espoused the view that women are men’s possessions.

Ironically, it was his supposedly Islamic endeavour of sanctioning women as the ‘inferior species’ that led him into the quagmire of blasphemy.

Jamshed has since apologised for his ‘naivety’. The same scholars who dubbed blasphemy an ‘unpardonable sin’ when minorities were burnt alive or sentenced to death are now seeking forgiveness for their man.

The entire episode, however, is not just about an individual’s misogynistic endeavours or the collective hypocrisy of the Pakistani clergy. If anything, the hypocrisy can be cashed in on by the state to finally modify the stringent blasphemy law in the country, which has been blatantly used to suppress religious minorities.

Pakistan’s blasphemy law is a virtual death sentence for minorities, with an allegation enough to sanction murder, or at the very least make it impossible for the accused to remain in the country.

Jamshed’s case holds pertinent lessons for those who endorse religious law in the 21st century.

Jamshed, who is on record as saying that ‘secularism is a curse’, is now taking refuge in a society that has secular laws, vying to dodge the ramifications of the jurisprudence that he has endorsed for 17 years.

Despite Britain’s increasing number of Sharia courts – 85 at time of writing – which are limited to financial and familial matters, Jamshed knows he is perfectly safe in Britain, a country that epitomises everything that’s ‘wrong’ with the ‘evil West’.

He was wise enough to not go into exile in Saudi Arabia, the country that is the epitome of Jamshed’s version of Islam, which is intolerant, fundamentalist and extremist.

The Saudi legal system is based on Sharia law and does not have a penal code. Therefore, in Saudi Arabia, where Jamshed’s endorsed law prevails, the punishment for his comments about Ayesha would be left at the mercy of a judge’s interpretation of the Sharia law, which more often than not leads to decapitated heads.

This is not to suggest that Jamshed’s understanding of Islam, or the Saudi interpretation of Islamic law is the sole authority. This is just to highlight how religious law can be, and is, interpreted to result in barefaced human rights abuses, as cases in Saudi Arabia and Iran have shown.

Regardless of what the ‘true’ interpretation of any ideology is, no state can exist in the modern world, or remain functional in the future, if it isn’t founded upon universal equality and freedom of thought.

Sharia law doesn’t guarantee equal rights for all – this is also the case in British Sharia courts where women and adopted children are denied equal inheritance. Not to mention the 13 Muslim states that sanction death for apostasy, scepticism or for the lack of belief in a deity, owing to their implementation of the Sharia law at varying scale.

United Nations’ Universal Declaration of Human Rights gives a pretty good idea of the rights that a modern state needs to ensure. Only a secular state can guarantee that all citizens are equal before the law, regardless of their beliefs, or lack thereof.

And when a human’s life is at stake over the vague interpretation of religious law and the even more ambiguous interpretation of ‘respect’ – as is the case with Junaid Jamshed right now – you need jurisprudence that values human life more than the respect of any ideology or religious figure of the past.

43 Responses to “How an Islamist made the case for secularism”