David Cameron's immigration speech was more nuanced than it was briefed out beforehand. Rather than being yet another draconian crackdown, there were some welcome announcements. On that note, here are three good things and three bad things about the speech. 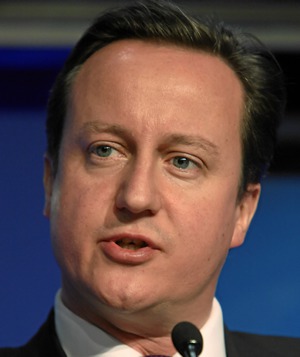 David Cameron’s immigration speech was more nuanced than it was briefed out beforehand. Rather than being yet another draconian crackdown, there were some welcome announcements. On that note, here are three good things and three bad things about the speech

Last year a European Commission report concluded that there was no evidence of systematic or widespread benefit tourism by EU nationals migrating within the EU, including to the UK. And according to a Department for Work and Pensions (DWP) report from 2011, 6.4 per cent of those claiming working aged benefits were non-UK nationals, meaning British nationals were two-and-a-half times more likely to be claiming working age benefits than non-UK nationals.

But – and there is a but – this doesn’t mean the status quo is acceptable. Few migrants come to Britain to claim benefits; but some do and it’s right – not least in terms of the credibility of our welfare system – that this is tackled.

Similarly, it’s right to remove migrants from the UK after six months if they haven’t found work. Most migrants come to the UK to work and they find work relatively quickly, so this will apply only to a very small number of people. But if a person is unable to support themselves and after six months they still don’t have a job, then there really is no reason for them to remain here. There is even less reason to suppose that British taxpayers ought to subsidise them while they look for work (or not).

This is an issue that unites the three main parties: who really believes that migrants living in the UK ought to be able to claim benefits to send back to their home country? Again, it may not be happening a great deal but the fact that it can happen risks undermining the welfare state more generally – something that should concern socialists and social democrats.

At root it’s about fairness. As much as we like to eschew crude nationalism on the left, our welfare state is primarily for those who’ve paid into it – it isn’t a global pot. In this respect, ‘discriminating’ against migrants is quite sensible: we discriminate in terms of who pays taxation and therefore it’s right to restrict the benefits of taxation to those who’ve actually paid in.

David Cameron’s speech was a lot more nuanced that was briefed out beforehand. Cameron said he was proud of multi-racial Britain and made it clear that our NHS is supported by many thousands of migrants. I suspect that emphasising multiracial Britain over multicultural Britain was deliberate – too often multiculturalism has been used as an excuse for the creation of monocultural ghettos based on a lack of integration.

As recent research from British Future demonstrated, the concerns expressed by the majority about immigration are not racial concerns – it’s about alianation and communities which increasingly ‘no longer feel like Britain’. Many second generation migrants express the same fears. We should recognise those concerns rather than stick a nasty label on them.

And now the bad…

This goes back to the first point: if you want to bring down the numbers coming to Britain, and if very few of those coming to the country are claiming benefits, then it follows that a crackdown on benefit tourism isn’t going to significantly reduce immigration. In the long-run this kind of rhetoric increases public distrust in politicians: the public may have a slightly distorted interpretation of how many migrants do claim benefits but they aren’t stupid: they do understand that people overwhelming come to the UK to work.

Crackdowns on ‘benefit tourism’ have become almost a bi-monthly phenomenon; and yet the number of migrants entering the country continues to rise. At some point the public will put two and two together. Nick Clegg is right to say that ‘over-promising and under-delivering’ does damage to public confidence in the immigration system.

What about housing and the minimum wage?

David Cameron said nothing about the enforcement of the minimum wage by local councils nor about stopping employers from recruiting only migrant workers. These are just as important as fears about benefit tourism. Considering the vast majority of migrants are coming to the UK to work, this is arguably more urgent than measures which restrict social security.

And what about housing? The rental market is overheating in many areas because not enough houses are being built. Immigration is exacerbating the problem. Yes, reducing the number of migrant coming to the UK would relieve some of the pressure, but building some decent homes would have a greater impact.

Integration is just as important. So why didn’t Cameron talk about it?

Integration is arguably as big an issue as the numbers. Aside from the anti-immigration obsessives, those concerned with migration tend to worry about the impact on their community. They worry that Britain no longer feels like Britain when they can’t have a conversation with their neighbours and when they travel on a bus or a train and everybody is speaking in a foreign language.

The left really ought to understand this: it’s called alienation. Nor is it hard to fathom why David Cameron doesn’t want to talk about it: his government actually cut funding for ESOL English language programmes that were previously available relatively cheaply in British colleges.