British Future's report shows how the fear of being stereotyped stops the moderate majority from communicating their ideas. 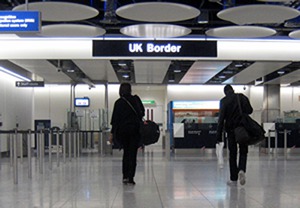 Yesterday British Future released a report ‘How to Talk About Immigration’, providing analysis of an issue that continues to confound our definitions of what is acceptable.

Based on three years of original research into public attitudes, the report highlights the worries people have when talking about immigration, and shows how the fear of being stereotyped stops the moderate majority from communicating their ideas.

Here we identify five myths about public attitudes towards immigration:

1. People base their opinions on racial prejudices

Race and immigration can, and should, be separate issues. The sooner that this message is put across, the sooner people will feel comfortable talking about their concerns with immigration.

Liberal voices who immediately detect prejudice behind any doubts over immigration numbers are silencing the debate in a way that will ultimately be counter-productive, not least because it adds to the ‘I’m only saying what everybody’s thinking’ attitude of genuine extremists.

Racist attitudes are dropping dramatically across generations, and yet immigration is still arguably the biggest matter of public debate. Clearly the two issues do not run in parallel.

British Future cite a study in which they asked respondents whether professional migrants coming from Poland and Pakistan were good for Britain. Net support was the same for workers from both countries – but support went dramatically down when respondents were asked about unskilled workers.

So it seems that the behaviour of immigrants is more important than skin colour to a majority of Britons, as evidenced when respondents were asked to choose which of a list of attributes was most important in being British.

2. People’s views are black and white

British Future’s report found that “the public has far more nuanced views on immigration than is reflected in the current polarised political debate.” In their research they identified 25 per cent of people with a ‘rejectionist’ view – people who would like significant reductions in immigration or no immigration at all.

That one quarter of British people adopt a rejectionist approach to immigration may be disheartening, but it should not discourage constructive debate with those on the middle ground. The fear of being categorised with the extreme right makes those with more nuanced worries about immigration reluctant to express their views, leading to a culture where many people feel that politicians are making decisions about immigration for them.

In fact, the report shows that a migrant who has been here for fifteen years is trusted by a majority of people (51 per cent), more than any politician.

3. The opposition strategy is not worth considering

According to the report, “any public voice advocating net migration in the range of zero to 50,000 has to propose withdrawal from the EU.” This means that anybody advocating for migration to be cut by this amount has to be prepared to present renegotiation strategies for a post-EU Britain, both in terms of the economy and of migration.

British Future say that a referendum of EU membership at some point in the future is the only way to make the public feel they have some ownership over what happens to the country in terms of immigration.

Connected to this is the report’s finding that “the best test of a legitimate anxiety is whether somebody is interested in a constructive solution to address it.”

Questions of how we should progress are  “of little interest [..] to the tiny minority who are emotionally invested in everything going wrong, to verify their conspiracy and betrayal thesis, prove that the whole ‘experiment’ of Britain as a multi-ethnic society was bound to fail.” This is what sets genuine prejudice apart – not wanting to be proved wrong.

The report highlights the tendency of pro-migration liberals to act as though people with concerns about immigration are ignorant or ill-informed, or that their views have no nuance. The problem is that the undecided are unlikely to have any reason to trust one set of factual claims over another; why believe Nick Clegg’s claims over Nigel Farage’s?

The study found that, essentially, people don’t like statistics and are much more likely to be swayed by appeals to fairness for both British and migrant workers.

Aside from the fact that people do not like to be lectured, we need to accept that there is always going to be a debate, even if the facts are concrete. Quoting figures saying the economy is better because of migration will make some people believe that we should increase immigration, and others that it should stay as it is.

“People understand ‘the economy’ through their direct experience – jobs, wages and the money in their pocket – rather than through GDP and macroeconomic statistics.”

Therefore, pulling out a sheet of figures and insisting it is all beneficial to somebody who is absolutely not feeling those benefits is unlikely to draw them over. It can easily turn into a situation where the pro-immigration voice is telling the opposition that their personal experience is invalid.

Interestingly, having tracked the relationship between the two for the past few years, Ipsos-MORI found that “public concern about immigration is lowest when the economy is doing badly (and people are more worried about the economy) and increases as the economy improves (when they worry more about other issues – like immigration).”

And there will always be people who will place cultural concerns over the GDP, and who would vote to slow the economy if it also meant slowing cultural change.

10 Responses to “Five myths about public attitudes towards immigration”