The OSFL debate is not about censorship, but about our right to express dissatisfaction about an event happening at our university. 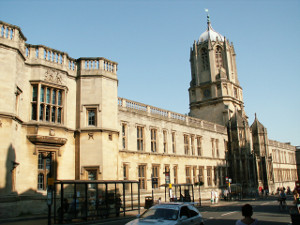 The OSFL debate is not about censorship, but about our right to express dissatisfaction with an event happening at our university

Last week, students at Oxford University objected to a ‘debate’ hosted by a pro-life group entitled ‘This House Believes Britain’s Abortion Culture Hurts Us All.’

We’ve since been called Nazis and/or Stalinists, politically correct fascists, but most commonly, enemies of free speech.

This indicates a misunderstanding of what free speech actually entails. Some twitter users might be surprised to hear that actually, we understand that in a liberal society free speech is of course a fundamental right – but we also believe that this right can be dramatically misinterpreted.

If we accept the definition of freedom as the ability to perform an action without external constraint, then free speech is the ability to express opinions without government censorship. Free speech gives every individual the political right to speak without the state intervening.

It might be useful at this point to recap what actually happened, a narrative which has been drowned out by free-speech sensationalism. We organized a counter-event to voice our dissatisfaction with the framing of OSFL’s debate, and the exclusion of women’s voices from an issue about their bodies and choices.

We did not originally call for the event to be shut down by the college – we had intended to implement the no platform ourselves by popular protest. Ultimately, Christ Church decided to withdraw their platform and OSFL were forced to cancel the debate themselves when they could find no alternative venues to host their event.

No venue is obliged to host any debate, and the fact that no alternative venue was found does not constitute a violation of free speech.

We objected to the debate pre-supposing Britain’s ‘abortion culture’, a phrase that exposes the ‘objectivity’ of the debate to be pre-loaded with the anti-choice rhetoric of shame. It implies that abortion is a normalized and harmful social trend, creating associations with genuine social phenomena like ‘rape culture’.

This is a misleading implication which overwrites the experience of women, trans and non-binary people.

The right to be able to speak freely does not oblige anyone, especially not a private institution, to provide you with a platform – a means by which a person is able to talk, write, or otherwise communicate their opinions to an audience. Free speech is our right, but a platform is not.

One twitter user accused us of ‘intellectual cowardice’ for refusing to engage with the debate on OSFL’s terms, an attitude of entitlement which was incredibly common.

The right to say whatever you want, within the law, does not mean that any organisation must give you space to say it.

By choosing to host a speaker, an institution is always to some extent endorsing the terms of the debate, and vouching for the participants’ qualification to speak on a certain issue – O’ Neill and Stanley have little relevant lived experience to recommend them to speak about abortion other than their own opinions.

In Tim Stanley’s article, which has miraculously evaded the censorship of Oxford feminists to reach tens of thousands of readers, he refers to our ‘authoritarian’ mindset, our wish to ‘eradicate contrary ideas.’

This is a vast overstatement of the scope of our action: a small group of students do not have the right or the power to repress. Let’s consider the fact that Stanley was writing about his censorship in a national newspaper: he was denied a platform on one evening, at one specific place, in our university.

He is a powerful journalist with many platforms of his own. Criticism levelled at us has been characterized by the absence of any recognition of this balance of power.

Brendan O’Neill, among others, criticizes this generation of students for not being radical enough, for shrinking away from rather than challenging the establishment’s ‘orthodoxy’. The irony is that he is the establishment – and over the past week we have challenged his entitlement to speak for and over women.

To quote Tim Squirrell’s article on the OSFL controversy ‘We are challenging the claims of privileged men to have the right to speak wherever they want, whenever they want.’

I’m yet to read an objection to our opposition to OSFL’s debate that hasn’t been written by a cisgender white man. This generation of students and activists is standing up and saying that, for too long, men have spoken over women, trans and non-binary people, just as white people have spoken over people of colour.

My generation is saying that we should understand how this act reinforces oppressive power structures and social hierarchies. And although this may be a repulsive idea to some, sometimes this involves rethinking our right to speak at all times, for all people, on any topic.

96 Responses to “Free speech is a right, but a platform is not”