Jennette Arnold
16 November, 2014
A Britain We All Call Home

The allegations arising from Channel 4’s investigation are deeply concerning. 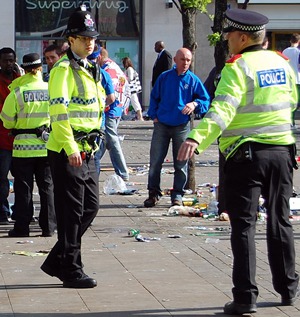 The allegations arising from Channel 4’s investigation are deeply concerning

Last week Channel 4 news reported that leaked documents had shown Met police officers in one London borough had been issued with targets for the number of arrests and stop and searches they were expected to conduct each month.

The revelation sent shockwaves through large sections of London’s Black, Asian and Minority Ethnic (BAME) communities as fears flared of a return to the bad old days of ethnic minorities bearing the brunt of a ramped up use of Stop and Search.

Channel 4 say the documents show officers were ‘expected to arrest at least two people every month, as well as to stop and search at least four’. When I put this to the assistant Met commissioner Craig Mackey this week he denied the reports and said the Met was ‘absolutely clear’ that targets of this kind should not exist.

Whilst I welcome the assistant commissioner’s comments and positive assurances that this is not Met policy, this is the third time in the last year that officers within the Met have been accused of implementing arrest and stop and search targets.

Public trust in the police continues to be a serious concern, particularly in the capital and even more so within large sections of our BAME communities who still feel the pains of previous injustices. The truth is that while concern remains, many BAME Londoners will worry that the fragile progress we have made may be slipping back.

If true, the allegations arising from Channel 4’s investigation are deeply concerning. Targets for stop and searches mean more minority Londoners being unfairly targeted, which could do irreparable harm to community relations in the capital.

Policing should be done through co-operation between officers and communities; not through fear. Whilst the assistant commissioner’s reassurances are welcome, we must be clear that a return to the bad old days of stop and search targets will not be tolerated.

With this being the third time this year that serious concerns have been raised about stop and search targets, the Met would do well to take action to get to the bottom of the issue.

The public need to have faith that all police officers, whether at a local or central level, are clear that targets for arrests or stop and search are nothing more than a discredited, destructive and divisive tool of the past.