Attention is now focused on the fallout from Hunt’s policy rather than where it should be - on coalition education policy. 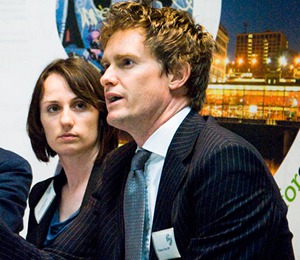 It is genuinely difficult to fathom what was going through Tristram Hunt’s mind when he decided that a Hippocratic oath for teachers was a good idea.

This proposal was apparently inspired by a trip to Singapore where teachers swear their commitment to the profession in a ceremony which involves the presentation of a symbolic compass, directing them “to provide a sense of moral purpose and virtue to young people”.

This oath, said Hunt, would stress “the moral calling and the noble profession of teaching” and thus help to “elevate” the status of teachers.

Even if well intended, the implication of requiring teachers to swear their moral commitment to the profession is that such commitment is not already present and obvious. Hunt’s announcement becomes even more inexplicable when you consider one of the most pressing and well-publicised matters in education at the moment, teacher workload.

Who thinks it’s sensible to tell teachers who on average work over 55 hours a week that it would have been beneficial for them to swear their moral commitment when they entered the profession?

The reaction among teachers online and on social media was predictably volcanic. Typical responses included “I’ve taken knives off intruders, received death threats protecting kids from gangs & that patronising **** wants an oath???” and “I pledge to work 60 hour weeks before I’m forced out with complete exhaustion”.

This anger was compounded by the Labour front bench’s continuous failure to highlight some of the most damaging reforms that the coalition is inflicting on schools. And now attention is focused on the fallout of Hunt’s ridiculous policy rather than where it should be, which is on the following:

Forcing schools to become academies against the wishes of staff, parents and pupils

I cannot find any record of Tristram Hunt condemning the common practice of forcing underperforming schools, often through legal action, to become an academy.

This process is costly, it alienates parents and teachers, it distracts from the business of actually improving the school in question, it goes manifestly against the Tories’ mantra of respecting parent choice and, after all of that, it doesn’t even work. So why doesn’t Hunt speak out against it?

There is a relentless stream of misinformation from the Department for Education (DfE) informing us that academies dramatically outperform local authority schools.

They don’t. And, in an under-reported court case brought by The Warren Comprehensive School against a decision to force it to become an academy, the government’s lawyers actually conceded that the government had used misleading statistics in its consultation. They also admitted that they had to include discredited GSCE ‘equivalent’ qualifications, soon to be discontinued, in order to argue that sponsored secondary academies perform better than comparable local authority schools, and even then they only do ‘marginally better.’

Why didn’t Tristram Hunt pounce on this and put it to Gove that he had on numerous occasions misled the public and Parliament?

Unlike at secondary level, there is no evidence base whatsoever for the use of primary academies: converting primary schools into academies simply hasn’t been done before. And yet the government is not only encouraging conversion but actively forcing it on some primaries. There are now nearly 2,000 academy primary schools in England.

Analysis by Henry Stewart of the Local Schools Network has shown that comparable local authority primary schools improve on average around 5 per cent faster than sponsored primary academies.

Tristram Hunt should be shouting about this from the rooftops.

Unforgivably, Hunt seems to have little if anything to say about the ongoing privatisation of state schools in England. Academies are set up to allow academy trustees and directors to use public money to sell their own goods or services to the school or schools they run. As I have set out in more detail here, these services range from legal advice to ‘education consultancy’.

On numerous occasions, Tory ministers have made appointments and decisions based on politics rather than the best interests of pupils. Labour has provided no visible opposition to this.

Lots of academy chains are run by individuals who have no experience of teaching or of running schools but who have given lots of money to the Conservative party.

Now consider the decision by Nash earlier this year to refuse permission at a very late stage for a long-planned free school to be set up by the Institute of Education (IoE), a university which was ranked best in the world for education in the most recent QS world university rankings. The IoE planned to use this free school as a training school, education’s equivalent to a teaching hospital.

Chris Husbands, director of the IoE, happened to lead an independent enquiry for the Labour Party on education before Nash pulled the plug on the Institute’s free school.

Tristram Hunt said nothing about this decision, nor did he speak out in favour of the exceptional Sulivan primary school when it was threatened with closure by the then Tory council. The council wanted to close Sulivan so that a free school could have its land. Incidentally, some of the founders of the free school had close connections with the Conservative party. Michael Gove refused to step in to save Sulivan even though it was in his power to do so.

This was political dynamite for Labour – Gove’s chums trying to close one of the best schools in the country, a school that also happens to serve some of the most deprived pupils in the borough.

But Tristram Hunt said not a word.

He either has worryingly poor political judgement or, worse, his actions – and inaction – reveal his true values.