Over the last year renewables have been breaking records. 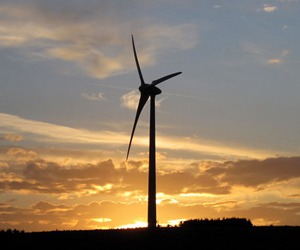 Over the last year renewables have been breaking records

Earlier this week something amazing happened. Wind power overtook nuclear as the third largest source of electricity on the UK grid, keeping the lights on as gas power stations caught fire, and atomic ones developed cracks in their boilers.

This was not a freak event. Over the last year renewables have been breaking records with monotonous regularity. In the second quarter of 2014 renewables contributed 17 per cent of national electricity demand. In fact if you close your eyes and listen carefully on any windy or sunny day you can almost hear the last creaks of the 20th century electricity system as it starts to fall apart.

Part of the reason is simply economics. Decentralised renewable energy means new winners and losers. Solar and wind can eat into peak power demand, reducing profits for traditional generators.  In the domestic arena rooftop solar in the UK is rapidly approaching grid parity, the point where, unsupported, it is as cheap to generate your own electricity as to buy it from the grid.

This is a level of competition the utilities have not had to deal with before. The effects in Germany are already profound with RWE recently announcing that it has got into renewables far too late, possibly too late to survive. In the US the entire utility sector was recently downgraded by Barclays bank because of the disruptive effect of rooftop solar.

Ownership is changing too. In Germany just 5 per cent of renewable electricity is owned by the ‘Big Four’ utilities, with individuals, communities and independent generators taking the largest share. The same is starting to happen in the UK, just several steps behind.

The utilities and the fossil fuel companies are uncomfortable with all this of course. In response we have had years of scare stories. Renewables will never power a light bulb. Renewables are unreliable and will destroy the grid. Renewable are expensive.

Each and every one is being proven wrong. Wind and big solar are already cheaper than new nuclear power in the UK, and by 2020 big solar could be cheaper than gas. Offshore wind could be competitive with nuclear early in the next decade, and bring huge benefits in terms of energy security, jobs and manufacturing.

As for reliability, Germany has the most reliable grid in Europe, and the most advanced renewable energy economy.

Yet while those with vested interests may fret about the rise of renewables and the decentralised grid, for the rest of us it should be something to look forward to. Rapid growth, combined with grid upgrades and new storage technologies are bringing the possibility of a truly renewable electricity system within our grasp.

And what an achievement that would be. Energy security, jobs and carbon reduction. All in one. And since the sun and the wind will remain free as the technology to harness them improves, the potential for cost reduction is almost limitless. The countries which grasp this the quickest will be the winners in the 21st century, just as those who first piled into coal and steam were in the past.

Ed Miliband has already declared his support for a 2030 decarbonisation target. That will come through renewables. The challenge for politicians on both the left and right is to understand that this will change the system as we know it.

But that vision of change can be a positive one. Rather than constantly fretting about the fate of the big utilities, or designing complex markets to keep coal power stations going, we should be blazing a trail for renewable energy – showing our ambition for solar and wind, upgrading the grid, developing interconnectors with our neighbours and investing in research and developing.

Above all we should be putting power into the hands of our citizens: power for farmers, for ordinary people. On schools, on hospitals, on businesses. We should be championing community and decentralised renewables.

The Labour Party has already indicated it will support schools by allowing them to access finance to install solar, a key ask of Friends of the Earth’s Run on Sun campaign, but there is much more to do.

No one knows exactly what the future will look like. We are moving from a fixed hierarchy to an internet of energy, where power flows more than one way, and we can all take part. It’s already happening, and fast.

That’s surely something to be excited about. Politicians need to get on board, and be force for change, rather than a barrier.

17 Responses to “Renewables are the future: get on board, or get out of the way”