What do the Middleton and Heywood and Clacton by-elections tell us about the Labour vote? 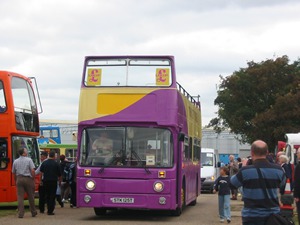 What do the Heywood and Middleton and Clacton by-elections tell us about the Labour vote?

In the Heywood and Middleton by-election Labour has scraped through by a whisker.

While it’s true that the Tory vote has collapsed – from 12,528 in 2010 to 3,496 today – Labour has failed to capitalise on it. In what should be a fairly safe working class Labour seat, Miliband has won with a majority of just 617. Despite needing to show that it is ready for government, Labour has increased its vote share on 2010 by just 0.8 per cent.

More depressing perhaps is the fact that 40 per cent of voters have backed UKIP and another 12 per cent the Tories. That’s a majority for the right whichever way you look at it.

And then there is that other by-election, in Clacton, where UKIP has won its first seat in the House of Commons by winning just short of 60 per cent of the vote – in a working class Essex seat. Labour lost a huge number of votes there too, falling from 10,799 to 3,957.

Predictably the Liberal Democrats were nowhere to be seen in either constituencies, picking up just 483 votes in Clacton and 1,457 in Heywood.

So in sum, a poor night for Labour and the Tories, a disastrous one for the Lib Dems and a happy one for UKIP. But what does it tell us about the ascendance of UKIP and the relative stasis of the Labour vote?

While UKIP still take around three Conservative votes for every one Labour vote, Labour evidently has a working class problem. Ed Miliband often gets the blame for this, being a fully paid up member of the ‘Westminster elite’ and having ‘never had a proper job’, as the saying goes, but this is unfair; the problem goes much deeper and goes all the way back to New Labour.

The left will undoubtedly respond to today’s by-election results by attacking Labour for offering a dearth of ‘hope’ to working class voters. In contrast, the right of the party will either blame Miliband himself or will go after the party for ‘not listening to voter concerns’ on immigration.

Without getting into the Miliband question, both criticisms ring true to some extent, as was aptly summed up earlier this year by Robert Ford and Matthew Goodwin in their book Revolt on the Right. The thesis of the book was that, apart from reactionary shire Tories, UKIP was picking up so-called ‘left behind’ voters – that is, working class voters who felt like they and their families were getting a raw deal from globalisation, be it economic or cultural.

The left has some ground it can work with here – part of the fear of globalisation is around job security and wages – comfortable ground for social democrats such as Ed Miliband. The bigger issue is connecting with voters who dislike the other side of globalisation, namely immigration.

However much the left continues to extol the virtues of the working class, there is a growing divide between the views of the largely liberal and metropolitan make-up of the Labour hierarchy and the so-called Labour ‘core vote’.

Here it is worth noting the work of David Goodhart, much disparaged by the left but probably onto something. The liberal left, he says, is today dominated by people whose worldview is “universalistic, suspicious of most kinds of group or national attachment, and individualistic…they don’t “get” what most other people also get – loyalty, authority and the sacred’.

This is in contrast to working class voters, who value family, patriotism and social and economic stability.

In other words, there is a schism between the liberal left and many working class voters; a schism that’s also apparent on issues surrounding welfare – Labour’s core voters are the most enthusiastic proponents of welfare reform, quite at odds with most middle class left-wingers.

The progressive response to working class disillusionment with globalisation has thus far been to focus on economic insecurity and to propose the remedies for that – a living wage, jobs that pay properly and decent housing etc.

What it hasn’t done (with a few exceptions) is grapple with that other source of discontent – immigration.

A large number of people (around 80 per cent according to most polls) consistently want a substantial reduction in immigration. *Some* of this is undoubtedly due to plain old xenophobia, but a lot of it is evidently not – second generation immigrants also want a significant reduction in the number of migrants coming to Britain, for example.

Migrants are good for Britain, both economically and culturally. But when Nigel Farage says he feels ‘uncomfortable’ traveling on a bus or a train where nobody speaks English, despite his poor choice of adjective he is tapping into a real sense of alienation that is fairly widespread – especially in working class communities.

The question for the left – and more importantly for the Labour party – is what it does about this, beyond clinging to the idea that it is really just code for economic concerns or the fault of the tabloids for ‘brainwashing’ voters (but also beyond engaging in myth-making about things like benefit tourism).

A party that considers itself socialist has to be able connect with working class voters at the very best of times. For a party that is relying on a so-called 35 per cent strategy to get into office, it should be absolutely de rigueur.

188 Responses to “Labour has a working class problem”