It isn't just wealth that concentrates; opportunity does too. 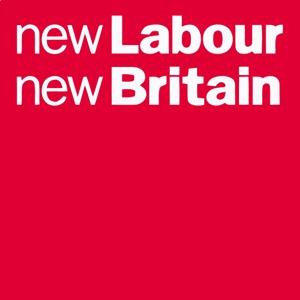 It isn’t just wealth that concentrates; opportunity does too

During the New Labour years, Peter Mandelson famously said that the Labour government was ‘intensely relaxed about people getting filthy rich’.

He was eluding to a philosophy which held that it was no longer important how rich those at the top were; what mattered was giving the people at the bottom a leg up so they too could get on in life.

Under New Labour’s meritocracy, those who did well would do so because of merit, but once they had reached the summit they would be allowed to enjoy the copious rewards on offer. Economic equality was out and equality of opportunity was in.

In this vein, from the very beginning of New Labour’s first term in 1997 Tony Blair shied away from policies associated with reducing the gap between rich and poor, such as higher taxes on top earners. Indeed, in 2003 Blair slapped down Commons Leader Peter Hain for daring to suggest that the richest in society should contribute more.

Blair’s response to Hain’s betrayal of New Labour orthodoxy captured New Labour’s philosophy well: ‘My concern is not to penalise the people who are successful and doing well and earning a lot of money, my concern is to lift up the incomes of those who are at the lower end of the income scale’.

Consequently, during his tenure as prime minister Blair did not allow the income tax rate to rise above 40 per cent while his chancellor, Gordon Brown, cut Capital Gains Tax to just 18 per cent. Under New Labour it was no longer important how rich those at the top were; what mattered was giving the people at the bottom a leg up so they too could get on in life.

And ‘get on’ is exactly what some people did. According to the High Pay Centre, in 1998 the average FTSE 100 director earned about £1 million a year – 50 or 60 times the average UK worker. Today they receive around £4.7 million, roughly 174 times the average worker.

All of this had a baleful effect on levels of inequality. The Gini coefficient – used to measure income inequality in Britain – was rated as 26 in 1979. Today it has risen to 34. Government statistics show that, between 1997 and 2010, the real-terms gap in incomes between the highest and lowest earners grew by £237 per week.

New Labour accepted the increasingly extravagant pay packets of Britain’s super-rich in the belief that it didn’t matter if the rich got richer – as long as the proceeds of growth were used to help the poor. Reducing inequality would have meant punishing those who had won themselves a place at the top through hard work. Instead the focus was on helping people at the bottom through things like tax credits and increased public spending on services like the NHS.

To its credit, New Labour managed to mitigate against some of the worst effects of the market by spending increasing sums on welfare and public services. Light touch regulation of the banks was accompanied by working tax credits and Sure Start centres.

As a consequence, both absolute and relative income poverty fell significantly among children and pensioners during the Labour years.

This wasn’t simply the result of a booming economy, but rather was a consequence of deliberate spending decisions taken by successive Labour governments. Tony Blair promised to end child poverty within a generation and Gordon Brown pledged ‘to end pensioner poverty in our country’.

These goals were reflected in where government money was spent.

Labour politicians rallied against poverty but rather than tackle inequality they emphasised what they deemed the ‘poverty of aspiration’. Old left-wing notions of class solidarity were considered an archaic throwback; what was important was rising above your station and escaping the stifling confines of working class life.

And yet the New Labour preference for equality of opportunity over equality of outcome failed to recognise that it isn’t only wealth that concentrates; opportunity does too. The more unequal a society is the less mobile it will become, thereby undermining the meritocratic principle. Or to quote the American author Christopher Hayes, whose book Twilight of the Elites touches in more detail on this theme, ‘The Iron Law of Meritocracy states that eventually the inequality produced by a meritocratic system will grow large enough to subvert the mechanisms of mobility’.

And so it has. As was reported back in August, the upper layers of society are increasingly dominated by the gilded children of privilege. As the general secretary of the TUC Frances O’Grady put it at the time, Britain is becoming a ‘Downton Abbey society’ where social mobility ‘has hit reverse’.

If that sounds like hyperbole then a quick glance at the make-up of the ‘cream’ of society ought to drive the point home. Just 7 per cent of Britons are privately educated, yet according to a government report published in August 2014, 33 per cent of our MPs, 71 per cent of our senior judges and 44 per cent of people on the Sunday Times Rich List went to fee paying schools.

If you are waiting for some kind of media outrage about figures like this then you might end up waiting a long time: 43 per cent of newspaper columnists and 26 per cent of BBC executives hail from the private school system too.

Even the grittier sections of the music industry, which once gave expression to working class authenticity, are today increasingly colonised by the affluent. Some 60 per cent of rock music chart acts are former private school pupils, compared with 1 per cent 20 years ago. 93 per cent of children in Britain may go to state schools but their alumni make up just a third of top athletes.

The point here is not simply to create a sense of injustice (although that might help), but rather is to emphasise that inequality matters because the inequality of the parents always and everywhere becomes the inequality of the children. That is the ‘Iron Law of Meritocracy’, as Hayes puts it. Or as the old man Marx said, ‘men make their own history, but they do not make it as they please; they make it…under circumstances…given and transmitted from the past’.

If New Labour can be said to have ‘crashed the car’, as the Conservatives are so fond of putting it, it is on inequality. Under the previous government widening inequality subverted attempts to create a meritocratic society based on equality of opportunity. The inequality of the parents simply became the inequality of the children.

If the next Labour government wished to create a fairer society it will have to recognise this and act accordingly.

251 Responses to “Inequality: where Labour really did ‘crash the car’”