If Britain does not get more women engineers, parts of that industry will move overseas to where it can recruit the workers it needs. 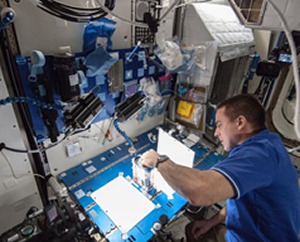 If Britain does not get more women engineers, parts of that industry will move overseas to where it can recruit the workers it needs

Industry estimates suggest Britain will need 87,000 graduate-level engineers every year between now and 2020, but only 46,000 young people are likely to be awarded degrees in engineering annually.

There is also likely to be a gap between the number of young people acquiring vocational engineering qualifications and employers’ demand for technicians.

These gaps would be much smaller if more young women opted for careers in engineering. The UK has the lowest proportion of female engineering professionals in Europe.

IPPR has just published a report, written my former colleagues Amna Silim and Cait Crosse, investigating why so few young women choose to pursue a career in engineering. They found that the crucial decision is taken at the age of 16. Up to that point, girls are as likely as boys to opt to study the science subjects, including physics, that are likely to be needed as a basis for further studies leading towards a career in engineering.

Furthermore, on average they get better results at GCSE in mathematics and physics than boys.

But, when deciding what subjects to study at A level, or what vocational training to pursue, far more young women than men make choices that rule out a possible career in engineering. Thus, only two in five A level mathematics students are female, and just one in five A level physics student.

It might seem, therefore, that a potential solution would be to improve careers advice for young women at the age of 16, to point out, for example, that engineering is a well-paid career and that the high demand for engineers and technicians also makes it one with plentiful opportunities.

However, our report also shows that choices made at the age of 16 are based on attitudes and perceptions about engineering that have been formed over many years. Engineering is seen as a career for ‘brainy boys’. Intervention at the age of 16 is likely to be too late.

The key to getting more women into engineering is to make it an attractive option for girls from an early age. But at present, teachers, careers guidance, work experience and families are not doing enough to counter the view that engineering is for men, not women, and in some cases they are guilty of perpetuating it.

Teachers have a crucial role to play, but too often they enforce existing stereotypes rather than challenging them. The government should require equality and inclusion training to be a feature of teacher training courses and of teachers’ continuing professional development.

Schools should also ensure that their pupils have multiple contacts with employers, including those in the engineering industry, so that they develop a better understanding of career pathways. These contacts could include local employers coming into schools to talk about their industry, former pupils returning to talk about their jobs and increased work experience opportunities across a range of industries.

A reasonable expectation should be that as many girls as boys have some experience of engineering industries before they reach the age of 16.

The attitudes that mean young women at the age of 16 predominantly see engineering as a ‘man’s occupation’ will not be changed overnight. But they need to change if Britain is to produce the number of engineers and technicians that industry is likely to require in the next few decades.

If Britain does not get more women engineers, parts of that industry will move overseas to where it can recruit the workers it needs. Given the rapidity of the decline in manufacturing’s share of the economy over the last 35 years – and the persistent trade deficits that have accompanied it – this is not something we can afford.