Further punitive restrictions on Universal Credit are on the way. 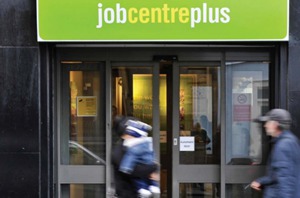 Further punitive restrictions on Universal Credit are on the way

The latest development of Ian Duncan Smith’s Universal Credit scheme will soon mean that people made unemployed will have to wait at least five weeks before getting any financial support.

At present it’s two weeks; still a long time to wait when you have bills to pay and mouths to feed.

Some of this is administrative delay, but with the new five week wait it will be a deliberate strategy to force people into immediate work or push them into penury – the latter being more likely in an economy where jobs increasingly can’t actually fund even basic necessities like housing and energy costs.

That’s why the TUC have launched a campaign to ‘Stop the Five Week Wait’ as part of their Saving Our Safety Net project, launching a petition against IDS’ impoverishment strategy.

It poses a very clear question: how long could you go without any income? Even for those in work, many have to scrape together money from friends and family at the end of the month in what some call ‘scrounge week’. Imagine that week becoming five.

Why so long? A whole calendar month will be spent ‘assessing’ the amount of benefit you’ll be able to receive. Then you’ll have to wait a week for the DWP to actually arrange your payment.

But you’ll also have a week-long period when you will be unable to even apply for Universal Credit. The government is deciding whether this will be during the assessment period or beforehand, meaning potentially sixweeks in assessment, admin and spiteful restrictions.

And this from a government that supposedly hates bureaucracy and red tape.

There will be some emergency support available. But the rules on who can claim it will be so strict that very few able to claim Universal Credit will be eligible. Richard Exell at the TUC writes that “one reason for being turned down, for instance, will be that your family has debts that might make it hard for you to repay the advance.” Unbelievable.

The public are against it, understandably – by 70 per cent to 18 per cent when told about the policy. Even the vast majority of UKIP and Conservative voters oppose the wait.

But there’s a problem: just 13 per cent have actually heard of it. We need, therefore, to spread the word fast if there’s to be any chance of stopping this disastrous scheme going under wraps.

The policy can be summarised quite simply: the state safety net being outsourced to food banks and payday loan sharks. This is a government hand-out to Wonga and co, while returning to the Victorian welfare state of unreliable charity. TUC general secretary Frances O’Grady has branded it ‘cruel and vindictive’.

It comes in next April – just a month before the General Election. With a strong enough campaign, it can be halted or pushed beyond that date. So there is an opportunity for the opposition to succeed. Millions of people who might be made redundant over the coming years are relying on that outcome.

You can read the TUC’s report on the five week wait, Universal Credit: Solving the problem of delay in benefit payments, here.

18 Responses to “Could you go five weeks without money? Under a new DWP plan you might have to”