Disengagement from the state is aiding the rise of UKIP. 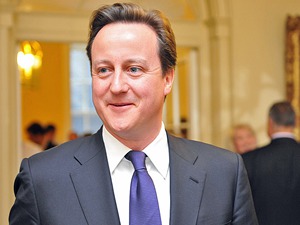 Disengagement from the state is aiding the rise of UKIP

If the government was a shop it would be in the process of limiting its opening hours, selling-off the interior furnishings and doing everything in its power to put-off potential customers.

Last week the NHS took a step-closer towards being completely siphoned off to the private sector as firms were allowed to bid for £1.2bn worth of outsourced services. The delivery of welfare has already started being sold-off to the fate of the market, putting peoples’ lives and dignity at risk. Education is increasingly being left in the hands of free schools and their business-backers.

The message from the government is loud and clear: we’re no longer open for business.

None of this has led to an improved deal for the public. The shambolic handling of work-capability assessments by Atos has provided us with plenty of horror stories about what can happen when you take a vital public service out of the hands of state and hand it to a company motivated by profit rather than meeting the needs of the people it is supposed to serve.

This is not the line the government takes however. Sometimes it’s easy to forget that Jeremy Hunt and Michael Gove are public ministers given how frequently they try to tell us that the departments they have spent four years managing are failing institutions that need shutting down and selling off to be managed by yet another unaccountable private provider.

Whilst the government hopes this rhetoric will increase the public’s confidence in the ability of private companies to manage public services, the corollary is that it is also undermining public confidence in the ability of the state to do, well, anything. This is a problem that all politicians have to face-up to – whether they be private-sector evangelists or committed statists.

By cutting funding to community projects, libraries, museums, training colleges, and local councils and slashing £20bn from the NHS budget, the government is getting rid of the opportunities the public previously had to interact positively with publicly-owned, or at least government-funded services.

The result is that people are increasingly wondering how it is exactly that the state can have a constructive impact on their lives. To the public it seems that the only interaction they have with the government is on a monthly basis when taxes are taken out of their pay-check .

Without physical manifestations of the positive role that the government can play in their lives, people are feeling increasingly isolated from the state and disenfranchised. It’s not just that people don’t trust politicians anymore – they’re not even sure what it is they are for.

And now this is coming to bite the traditional parties on the backside. Analysis of the elections of the 2000s and 2010s suggests that the disengagement of the state from people’s lives has been one of the contributory factors in the rise of UKIP and of the stay-at-home-protest-voter. If traditional political parties can’t offer a progressive blueprint for the role of government then it hardly seems to matter who they vote into office.

This is in sharp contrast to the old certainties of the pre-privatisation era. Back then the public knew why their taxes were important because it was obvious: utilities and public transport were managed and delivered by the government. The state could even plan your summer holiday.

These common ties between citizen and government have since been severed and the loss of state involvement in providing vital public services has undoubtedly contributed to political apathy. It has also made it harder to defend the role of the welfare state because it is no longer quite so obvious how everyone benefits from paying into the common pot.

To revitalise the public’s engagement with the political establishment and protect the crucial pillars of government support is going to require political parties to offer up a progressive vision for the role of the state. Unfortunately for the Conservatives, Liberal Democrats, and Labour that’s going to involve completely reversing four decades of evangelising about the private sector which all began in 1971.

Talking-up privatisation has meant talking-down the government, a trend that has to end. The place this is needed most urgently is with the welfare state – before the queues at the food-banks become too long for even Iain Duncan Smith to ignore.