Well that's a bit of a worry. 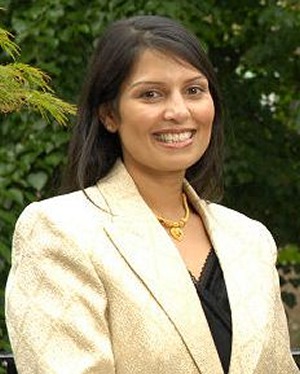 Do we really want Norman Tebbit in the Treasury?

Still, though, it’s a bit of a worry. I mean, do we really want someone who was once branded the ‘modern-day Norman Tebbit’ in the Treasury?

In case you didn’t know already, here’s what Ms Patel thinks about the world…

She wants to bring back the death penalty

In 2011 she told a BBC Question Time audience that the death penalty could act as a deterrent even if it means innocent people occasionally being executed.

She believes British workers are lazy

In 2012 she co-authored a book which claimed that British workers were “among the worst idlers in the world”. “Too many people in Britain prefer a lie-in to hard work,” the book, written by a group of right-wing Tory MPs, argued.

Ms Patel would do well to look up social mobility Tsar Alan Milburn’s report – out today, as it happens. According to Milburn, even hard work no longer provides a route out of poverty for people with jobs, regardless of how hard they toil.

In 2011 Priti Patel went on an all-expenses paid sojourn to Bahrain – all expenses paid by the Bahraini government that is – at the same time as the citizens of that country were being brutally suppressed during an uprising against the monarchy.

She has some big double standards on democracy

Ms Patel believes the government should change the rules so that unions can’t call industrial action unless more than half of those eligible to vote actually do so.

She’s not the only one of course; yet if this criteria were applied to other elections her friend Boris, among others, would not not have entered office.

No wonder that Priti Patel has been called the ‘modern-day Norman Tebbit’. It’s good to see David Cameron is cracking on with modernising the Tory Party.

12 Responses to “The ‘modern-day Norman Tebbit’ is now a Treasury minister. Be afraid”