The implications for the Muslim world are grave if the liberal/progressive voices lose the battle for the very soul of the faith. 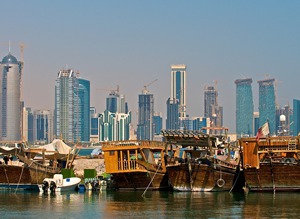 We live in strange times. The world seems to be becoming both simultaneously more secular and more fanatical.

On the one hand we have progressive Muslims like Tehmina Kazi or Irshad Manji.

On the other hand the Sunni Islam of my parents and the vast majority of Muslims in the UK is being slowly but surely supplanted by an Islam that is inflexible, rigid, fundamentalist and supremacist in its outlook with Britain being a microcosm of what we are finding in the broader Muslim world.

The implications for the Muslim world are grave if the liberal/progressive voices lose the battle for the very soul of the faith. Muslim liberals/secularists are becoming more outspoken whilst the Islamists are emboldened as seemingly the only politically coherent force in a post-Arab spring.

Professor Sami Zubaida from Birkbeck College in London, speaks of increasing polarisation, with “growing religiosity at one end of the spectrum and growing atheism and secularism at the other”.

So what exactly is going on? How can the Muslim world become both more fanatical in religious belief whilst at the same time holding more liberal views on Islam? The secularist, liberal outlook can be seen as a part of the appeal of secular liberal ideas around the world. The spread of political Islam on the other hand, or Islamism, is the result of an altogether more malignant source: $$ Petrodollars

A classic sponsor of this phenomenon is Qatar.

Whilst Saudi Arabia and Kuwait have decided, for reasons related to personal security, that the Muslim Brotherhood is to be designated a terrorist entity, Qatar has taken on the role of adopting the Islamist Muslim Brotherhood as their baby. In fact they are now their main benefactors and they also finance Brotherhood offshoots that are terrorist in nature, such as Hamas. This includes paying the salaries of some 44,000 Hamas employees.

Furthermore, it is alleged that since the early 1990s, the government of Qatar, senior leaders and royal family members have provided material support and safe haven to known members of al-Qaeda, affiliated groups and other violent extremists.

Last year, France intervened in Qatar’s purchase of the company Vivendi Africa, a telecom giant active in North and West Africa. The obstruction of the sale occurred after word emerged that Qatar is possibly supporting jihadi groups in Mali. This was done at the direct request of the French President François Holland who asked the French conglomerate Vivendi to delay the sale of its Maroc Telecom share until the end of the war in Mali.

In addition to institutional and charitable support by Qatar, the Muslim Brotherhood and its offshoots such as al-Qaeda (including jihadists in Syria and Iraq) receive substantial financial support from private Qatari donors and bundlers such as:

The Muslim Brotherhood is the inspiration and has been responsible for the ideology that seeks the creation of an Islamic state headed by a Caliph that would preside over the killing of apostates of Islam, adulterers and ‘blasphemers’ (essentially, anyone who disagrees with them). Punishments for various crimes range from crucifixion, beheading, amputation and stoning.

Does this sound familiar? It may do so as it is already a reality under the so called ‘Islamic State’ declared by Abu Bakr al-Baghdadi. It is both expansionist and totalitarian in its outlook and seeks to decide alone just what Islam is and what Muslims should think.

On the flip side, the Qatari government, as well as funding the Brotherhood and its violent offshoots, is sponsoring FC Barcelona amongst other respectable European brands. The 95.5 Million Euro deal over three years via the state owned Qatar Airways is by far the most lucrative shirt deal won by any football team in the world.

Perhaps this is one way of covering up what they are really up to throughout the ‘Muslim World,’ where they refuse to allow for a more modern approach to the religion to emerge as it naturally would were they not hell bent on suppressing it.

In conclusion, Qatar’s unfettered support for the Muslim Brotherhood, has made it difficult for a more progressive Islam to flourish. Qatar is also supporting Islamist organisations throughout the non-Muslim world and seems to be determined to stop the spread of secular liberal ideas. At the same it is seeking cover by seemingly sponsoring western brands on a global stage, hiding under the veneer of respectability.

The reality is, however, that as long as the Islamists have the resources to spread their brand of Islam, we will continue to see moderate Islam being obstructed and prevented from naturally emerging. The malaise within the Muslim world that has existed ever since the end of the Golden Age of Islam in the 9th to 12th century BCE, seems set to continue.

13 Responses to “Qatar – the sugar-daddies of Islamist financing”