The leader of Plaid Cymru has snubbed the Scottish Nationalist Party (SNP) by deciding to speak at a rally organised by a group that is openly critical of SNP policies. 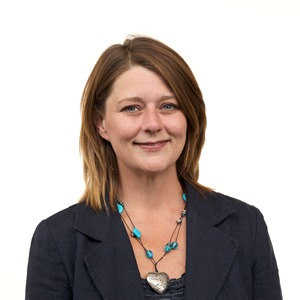 The leader of Plaid Cymru has snubbed the Scottish Nationalist Party (SNP) by deciding to speak at a rally organised by a group that is openly critical of SNP policies.

Leanne Wood’s visit to Scotland yesterday evening will have raised the eyebrows of many Scottish nationalists in Plaid Cymru’s sister party, after she decided to speak at a rally organised by Radical Independence Scotland (RIC), who have publicly called for Scottish nationalists to oppose the SNP at future elections.

The group also describe the SNP’s economic policy as ‘neo-liberal’ and based on Margaret Thatcher’s model of ‘trickledown, free market economics’.

Wood’s speech was on the transformative power of an independent Scotland in terms of social justice. However RIC have previously criticised the SNP for seeking to ‘distance themselves from the idea that independence could be a vehicle for a fundamental shake up in the social, economic and geopolitical system’.

RIC have also criticised the SNP’s independence referendum campaign for ‘tending to be on the backfoot’, lamenting the SNP-led Yes Scotland for campaigning in ‘quite a vague, limp sort of way which didn’t emphasise key issues’.

The pro-independence RIC also back Alistair Darling and Better Together claims that the Swinney Report was a ‘hammer blow to the SNP’ and was ‘damaging’ to the Yes campaign.

The greatest criticism, however, is reserved for the SNP’s plans for the Scottish economy. Describing the SNP’s economic discussion paper as ‘frustrating’, RIC slam them for failing to think boldly about Scotland’s economic future and remaining ‘defensive about out [economic] prospects’.

While much of the SNP’s claims about the economic stability of an independent Scotland are based on revenues from North Sea Oil, fellow nationalists are less optimistic. RIC states:

“One thing we know with certainty about the future price of oil is that we don’t know what it will be.” That assertions from the SNP that “independence will coincide with a North Sea Oil ‘boom’ which will enable Scotland to be significantly better off should be taken with a large pinch of salt.” And that SNP claims on future oil prices is nothing more than “attempting to predict the unpredictable”.

Slamming the SNP for their ‘centralising tendencies’, RIC state they would ‘would rather have a Panda than a President’ in an independent Scotlan

Responding to Wood’s decision to distance herself from the SNP-led Yes Scotland campaign, Welsh Labour’s Ann Jones AM, said:

“The Radical Independence Campaign, are vehemently opposed to Plaid Cymru’s sister party, the SNP – accusing them of following Thatcherite economic policy and undermining their arguments on the economy, currency and North Sea oil.

“Many in the SNP will be asking themselves why Leanne Wood is standing next to an organisation that is actively encouraging people not to vote for them at the next Scottish Parliament elections.

“Leanne Wood needs to make clear whether she agrees with RICs criticisms of the SNP and is making principled stand, or whether this was a huge political gaffe. Not least we need to understand what the new Plaid position on the currency union is – do they want separate currencies for Scotland, and Wales?”