Question more, certainly. But be careful who's asking the questions. 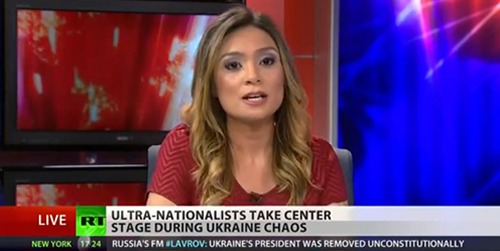 Question more, certainly. But be careful who’s asking the questions

The ability to look at things ‘with an open mind’ can sometimes be an overrated quality in a person. At a time when we are all supposedly ‘citizen journalists’ with swathes of unverified information at our fingertips, it’s also rather dangerous – who hasn’t been ill and Googled a medical condition only to find that at least some of the ‘advice’ on offer is dangerous hearsay? ‘Oh but you must have an open mind,’ the pseudo-enlightened person will say, probably rounding things off with a warning against ‘judging’ something which may kill you.

This isn’t to excuse the mental stolidity of the conformist, but rather it is to draw attention to the need for certain boundaries – a willingness to believe absolutely anything isn’t ‘edgy’ or an act of rebellion; it’s actually rather stupid. In keeping an open mind there’s always a risk that you let your brain drop out entirely.

Depressingly, though, there’s quite a big market for all things ‘alternative’ right now, most notably in the case of the media, where crank organisations have managed to break into the mainstream by pertaining to tell audiences what’s really going on.

The most high profile example is probably that of the television station RT, or Russia Today as it used to be known. RT boasts around half a million weekly viewers in the UK and has over 1 million Facebook ‘likes’. It also had the most YouTube videos on the planet, according to a 2012 poll by Pew. Its motto is, appropriately, ‘question more’, and the station positions itself on the left, sending reporters to cover anti-austerity protests but also ‘holding the West to account’ for human rights violations abroad.

There are, however, a few things that RT won’t question. While it may urge Western audiences to scrutinise their own governments, when it turns its attention closer to home the progressive mask slips, and is replaced by a faithful toeing of the Kremlin ‘line’ on global events – the same ‘line’ which says that all the world’s problems are the fault of Barack Obama, gays and uppity Ukrainians.

Last Friday it all started to unravel, when RT’s London correspondent quit over the station’s coverage of the Malaysian airlines flight that was shot down over eastern Ukraine (RT tried to blame the crash on Ukraine, of course). On quitting RT, Sara Firth told Twitter that, while she had “huge respect for many in the team, I am for the truth”.

Firth had worked for RT for five years but decided that attempts by the channel to blame the Malaysian airlines crash on the government of Ukraine were one lie too far. Another tweet she sent when asked about her reasons for resigning was clearer still: “We do work for Putin. We are asked on a daily basis if not to totally ignore then to obscure the truth”.

Kudos to Ms Firth; it’s just a shame it took five years for her to grasp the essential point: that RT is a tool of the Russian government. During the time Ms Firth worked for the station RT regularly gave voice to Neo-Nazis, holocaust deniers and certifiable crackpots (my favourite is a lady who believes the Pope is part of a species of cone heads that rules the world). It also portrayed the chemical weapons attack by the Syrian government last summer as ‘staged’, and kept silent while the Russian LGBT community came under brutal assault by the Russian state.

Better late than never though, I suppose.

And yet despite this, and despite Ms Firth’s resignation, this week I’ve had people filling up my Twitter timeline claiming that RT is in fact ‘no worse than the BBC’. The BBC pumps out ‘pro-establishment propaganda’ and therefore is ‘just as bad as’ RT, which merely does a similar thing on behalf of the Russian elite.

Now like me, you’ve probably at some point met a person who, whenever some atrocity happens abroad feels compelled to play a game of one-upmanship vis a vis the British state. In other words, the Russian annexation of Crimea may be bad – but ‘what about’ the UK intervention in Libya? British politics is rife with nepotism – therefore ‘what moral authority does Britain have’ to criticise North Korea? The BBC suffers from a subtle pro-establishment bias – and so is ‘just the same as RT’.

It’s quite comforting, isn’t it? Ultimately it means you can put your internationalism aside and stop worrying about those languishing under autocracy in other countries because we have it ‘just as bad in Britain’. First world problems, I think it’s called.

Sometimes, though, the attempt at moral equivalence falls flat – as it does in the case of RT, which really isn’t the same as or even similar to the BBC. For one thing, the BBC regularly bites the (government) hand that feeds it, whereas journalists at RT are “asked on a daily basis if not to totally ignore then to obscure the truth,” as Ms Firth put it.

The subtle middle class bias which afflicts establishment journalism in Britain is some distance from the newsroom where a ‘line’ is sent down from on high, with digressers ostracised or threatened with the sack. The BBC can certainly be dull, but its reporting of foreign and domestic affairs is a great deal more truthful than its Russian counterpart, and never relies on holocaust deniers and those who propagate theories of an ‘illuminati’ to get its point across.

Don’t fall, either, for the lazy assumption that all journalism is simply propaganda. People are not ‘sheeple’ who are too stupid to understand what’s really going on because they’ve been ‘brainwashed’ by the corporate media; and it’s the misanthropist, rather than the critical thinker, who actually believes this.

Question more, certainly. But be careful who it is that’s asking the questions.

21 Responses to “No, Russia Today is not ‘just the same as’ the BBC”