Big gaps have opened up between the political analyses and proscriptions being proposed by Labour Party MPs and by many Arab commentators. 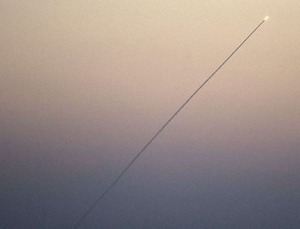 While the humanitarian concern for civilian causalities is universally shared, and ceasefire efforts must be supported, yesterday’s debate on Gaza in the House of Commons showed that big gaps have opened up between the political analyses and proscriptions being proposed by Labour Party MPs and by many Arab commentators. The gaps should give the party cause to pause.

Who is responsible for the conflict in Gaza?

‘The current crisis and the carnage in Gaza is caused essentially by the failure of Israel ever to recognise the rights, needs or justice of the Palestinian people.’ ( Jeremy Corbyn MP, Islington North, Lab.)

‘Hamas continues to trade in the blood of the innocent people in Gaza and it has rejected calls for a cease-fire.’ (Ahmed Al-Jarallah, Arab Times – Kuwait.)

Who is responsible for the lack of a cease fire?

Almost all Labour MPs: ‘Israel’ (even after being told by an incredulous Prime Minister countless times that Israel had accepted, but Hamas had rejected the Egyptian proposed cease-fire.)

In Kuwait’s Arab Times, Editor-in-Chief Ahmad Al-Jarallah criticised Hamas’s rejection of a ceasefire and wrote that, ‘it is up to the Palestinians to get rid of their illusions and sincerely try to contemplate the benefits brought forth by Egypt’s initiative.’

‘The PM rightly spoke of his anger at the deaths in Ukraine and the dangers of turning a blind eye when big countries bully smaller countries. Will he apply those maxims to Gaza? Will he stop blaming the Palestinians for the murder of their own children?’ (Andy Slaughter MP, Hammersmith, Lab.)

‘Hamas is playing … a PR game at the expense of the people who are living in Gaza. Where are the journalists [that need to] tell Hamas and [Islamic] Jihad to stop? Do you find it normal that terrorists hide under civilian houses and by [doing] that hurt the same people that they are trying to protect? Do you think that this is something that is normal, that these terrorists are actually making the Palestinian people lose their lives?’ Lucy Aharish, i24news, the first Arab mainstream news anchor while working for Channel 10 in 2007.

Ahmed Qandeel, head of the Energy Studies Program at the Al-Ahram Strategic Studies think-tank, denounced the targeting of Israel’s nuclear facility in Dimona as ‘idiotic’ and warned this endangers the lives of Egyptians and Arabs: ‘Egypt must take precautionary measures.’

‘The Egyptian people are asking: Where are our people who were kidnapped and taken to the Gaza Strip? Hamas should apologize for the 1,000 tunnels that were used to smuggle the resources of Egypt. They all have their own planes and accounts in Swiss banks.’ (Mustafa Shardi, journalist.)

What is the balance of responsibility for civilian deaths?

‘What will [the Prime Minister] do today, tomorrow and through the week in the Security Council to stop the slaughter of the innocents in Gaza.’ (Liam Byrne MP, Birmingham, Hodge Hill, Lab.)

‘Everybody here hates Hamas. But they’re too afraid to say so publicly. Our food comes from Israel but what we give them in return is rockets.’ (Abu Ali who identified himself only by his first names to avoid Hamas retribution, a driver for his family business in Gaza, told the Associated Press.)

‘Can the Prime Minister seriously tell the House that, had he been in power at the time of republican bombings in the United Kingdom, he would have sanctioned the use of carpet bombing, close range artillery and naval bombardment in parts of Belfast and Kilburn?’ (Grahame M. Morris MP, Easington, Lab.)

‘Hamas is more isolated than ever. The organization is revolting against the legitimate Palestinian leadership, while it is perceived globally as a criminal organization raining rockets down onto Israel.’ (Saudi Arabian newspaper Al Watan.)

‘Given that the Prime Minister said in his statement today that the indiscriminate targeting of men, women and children is a war crime, why does he not condemn Israeli actions, rather than just making excuses for them, as he has done today?’ (Mark Hendrick MP, Preston, Lab/Co-op.)

‘Such idiotic decision-making [by Hamas] … forces the Gaza Strip and its people, as well as the entire Arab Nation in its entirety, to pay a very steep price in fragmentation, in humiliation, in martyrs and, unfortunately, in blood – shed in vein, with no prospects for victory.’ (Khaled Salah, Al-Nahar TV, July 9, 2014.)

‘Why [was] Hamas successful in spreading a sophisticated network of tunnels and fail to build simple bomb shelters …? Is Hamas willing to sacrifice Palestinians to get more Arab and foreign financial aid … Hamas leaders are jet setters.’ (Abdulateef Al-Mulhim of arabnews.com)

‘What is the Government’s assessment of the reports that the Israelis are using illegal white phosphorus as part of their illegal campaign in Gaza?’ (There have been no such reports.) (Khalid Mahmood MP, Birmingham, Perry Barr, Lab.)

Should Israel negotiate with an unreformed Hamas that seeks its destruction?

‘The vast majority of the countries participating in [the Arab League] summit consider Hamas to be a terrorist organization. These countries pray – all those foreign ministers are praying – that Israel will manage to get rid of Hamas once and for all.’ (Arab journalist, Abd Al-Bari Atwan.)

Saudi newspaper Al Watan: ‘Hamas’s isolation, its diplomatic impotence, its disconnection from the [Palestinian] Authority and rebellion against anyone who is a legitimate representative of the Palestinian people makes it appear as a criminal in the eyes of the rest of the world.’

‘We are not prepared to sacrifice even a single hair from the eyebrow of an Egyptian soldier or civilian, for the sake of Hamas … They goad people into fighting, terrorism, and violence, under the pretext of “Jihad,” while they themselves sit at a hotel, a swimming pool, or a nudist beach, eating a variety of dishes, marrying four wives, and driving the latest model luxury cars.’ Maher Shahin said (Al-Tahrir TV, July 12, 2014):

‘Thank you Netanyahu and may God give us more [people] like you to destroy Hamas!’ (Azza Sami of the Egyptian newspaper Al-Ahram.)

What is needed now to bring peace?

‘There will not be peace and security until such time as Israel recognises the right of the Palestinians to live in security as well and agrees to a two-state solution.’ (Jack Dromey MP, Birmingham, Erdington, Lab.)

‘May I simply ask the Prime Minister what pressure he is prepared to apply, if he will not pursue economic sanctions against Israel?’ (Lyn Brown MP, West Ham, Lab.)

‘Most Arabs are busy these days with bloody battles waged by their leaders, who are struggling to survive. These battles are raging in Yemen, Syria, Iraq, Egypt, Libya and the Palestinian Authority.’ (Mohammed al-Musafer, columnist.)

‘When is Britain going to bring pressure to bear to get the Israelis to comply with international law, to end the blockade of Gaza and the settlements on the west bank?’ (Frank Dobson, Holborn and St Pancras, Lab.)

Hamas ‘don’t understand that peace, too, is something you must struggle for with all your might … Therefore it is necessary to persist with efforts to impose peace. No other option exists. True resistance is resistance to illusions and false hopes, and no longer leaning on the past in building the future.’ (Abdallah Hamid Al-Din the Saudi writer and intellectual in London based paper Al-Hayat on 12 July.)

A simplistic ‘Blame Israel’ approach will not do for Labour. The left-wing Haaretz newspaper called Hamas the Islamists – who have fired 15,200 rockets and mortars, an average of over three rocket attacks every single day, have targeted Israel since 2001 – a ‘cruel, fanatic, fundamentalist, reactionary, totalitarian, misogynistic, Holocaust denying, human rights-abusing, anti-democratic, anti-American, anti-Western, anti-Christian, anti-Zionist and anti-Semitic movement that embraces terror, sanctifies martyrdom, glorifies death and condemned the killing of Osama bin Laden.’

These Commons statements are the kind of knee jerk response one might expect in a student union debate – trite soundbites that show no grasp of the horrific choices facing Israel, the reality of who Hamas are and what motivates them, and ignorance of how the conflict is being conducted, how the IDF operates compared to other armies including our own, or how on earth one might try to deal with vicious terrorists operating embedded in a civilian population in an urban area.

I don’t expect Labour MPs to cheerlead for Israel or to be glib about civilian casualties but I do expect them to study what is actually going on and deliver balanced, insightful and constructive comments rather than speak as though they are regurgitating the round robin emails the PSC has been flooding their in-box with.