We can't ignore the atrocities committed by ISIS in Iraq and the West must consider intervening, argues James Snell. 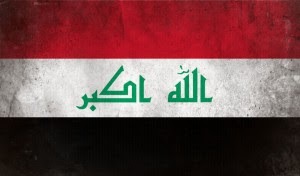 Due to the wonders of the modern age, it is now possible to watch one of the millions of videos pouring out of Iraq as easily as it is to switch on the evening news. I did so this morning. ISIS – the horrific offshoot of Al-Qaeda which is now in de facto possession of much of Iraq and Syria – has certainly been busy in the editing suite.

Unlike the news, however, where films are carefully and conscientiously edited to fit an audiovisual template, there was a sense of real immediacy to proceedings. Shot remarkably well, with techniques almost reminiscent of a low budget reimagining of a Hollywood blockbuster, this particular film depicted savagery of almost indescribable proportions.

All the usual horrors were present, but captured in glorious Technicolor rather than dingy home movie quality. There were drive-by shootings, a token beheading and bombings galore. Rather unsavoury stuff, then, but it did help drive home the point.

These films are made as propaganda, both to extort like-minded would be murderers to sign up, and to warn off potential adversaries.

For me, however, it had the exact opposite effect. I did not feel the urge to fly out to Mosul and begin slaughtering its Shia inhabitants, and nor did I get the message that ISIS were not to be trifled with. Rather, seeing this cruelty unfold on screen solidified my interventionist impulses. For me it became very clear: evil on this scale should not be allowed to continue.

Reports – unconfirmed as yet – hint at the potential scale of these and similar atrocities. ISIS claims to have massacred over 1,700 officers from the Iraqi army. An example of footage of this nature shows an ISIS thug interrogating and taunting his captives. In one of his films he takes immense pleasure in the fact that the man he has just killed was a Shia. Such instances may constitute war crimes in the eyes of the United Nations.

Of course, the rapid territorial expansion of a nakedly brutal Islamist militia ought to worry everyone who knows about it – and the question needs to be asked: what can we, in the west, do to stop this evil.

But it is not being asked, and it would be shouted down if it were. William Hague has already ruled out action in the country, despite the fact that support for intervention is rapidly gaining traction – even from normally anti-war centre-left think tanks, like the Center for American Progress, which this week suggested that the US government should ‘prepare for limited counterterrorism operations against ISIS, including possible air strikes’, in a new report.

The crisis in Iraq is a direct consequence of the disaster which has engulfed Syria for the last three years. In the aftermath of war crimes committed by the Assad regime, including the widespread use of chemical weapons and ‘barrel bombs’, the West at large – unlike me – remained unmoved by the suffering of the Syrian people, despite the fact that their plight was transmitted to millions of TV screens daily and dominated internet news around the clock.

Regardless of that, intervention was spurned by the British and American people, with consistent polls demonstrating a public consensus against the use of military force to alleviate the effects of the awful civil war.

After that, support for more extreme groups, such as ISIS, grew. Pro-Western rebels, such as the fairly moderate FSA, were usurped by assorted Islamists and radicals. Suffering tends to push political opinion towards the fringes, and the Syrian people have suffered more than anyone would wish upon them.

Their plight was caught on a thousand cameras. Heroic citizen journalists documented the effects of airstrikes and chemical attacks.

The world watched, and calmly changed the channel. The direct result of inaction, and inattention, towards the Assad tyranny is the barbarism shaking Iraq to its foundations. Looking away once again, in the face of yet more carnage, would only be deliberately blinkering oneself to realities of this most terrible of realities.