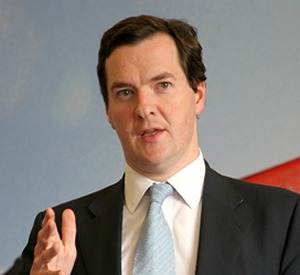 Income tax receipts in particular have been weaker than expected

The chancellor George Osborne borrowed £13.3 billion in May, higher than a year earlier when the government borrowed £12.6 billion, according to new figures from the Office for National Statistics (ONS).

The latest figures come just two months into the fiscal year, but imply a poor start to Osborne’s yearly plan. At the time of the Budget in March, the Office for Budget Responsibility (OBR) predicted full-year borrowing would fall from £107.8bn last year to £95.5bn this year.

Commenting on the figures, shadow chief secretary to the Treasury Chris Lesley said the chancellor was set to “break his promise to balance the books by next year”:

“Not only is George Osborne set to break his promise to balance the books by next year, but so far this year he is borrowing more than the same period last year.

“Borrowing is now expected to be almost £190bn more than planned under this government. This is the cost of three damaging years of flatlining and falling living standards we have seen since the election.

“Labour will balance the books and get the national debt falling as soon as possible in the next parliament, but we will do so in a fairer way. And we will act to secure a strong and balanced recovery that delivers rising living standards for the many, not just a few at the top.”