A living wage for the lowest-paid staff could lead to increased productivity, reduced staff turnover and improved morale. 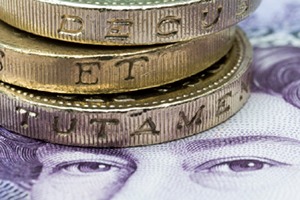 A living wage for the low paid could lead to increased productivity, reduced staff turnover and improved morale

The number of people on low pay could be reduced by over one million by 2020 if employees were paid the living wage – and with no adverse economic consequences.

The Commission also says a living wage for the lowest-paid staff could lead to increased productivity, reduced staff turnover and improved morale.

Professional service firms like accountancy and consultancy companies have almost 300,000 low-wage staff who could be paid the living wage by 2020. The banking and construction industries could also pay the living wage to 75,000 employees with an increase to their wage bills of less than 0.5 per cent.

Around 5.2 million people currently earn less than the living wage and the majority of people in poverty live in working households. The living wage currently stands at £7.65 an hour, with the London rate higher at £8.80 per hour. The nationa; minimum wage is currently £6.31 an hour.

The commission is calling on the government to adopt as policy the goal of increasing voluntary take-up of the living wage to at least 1 million more employees by 2020. One measure it recommends is a requirement for all publicly listed companies to publish the number of people paid below a living wage.

However the report stops short of calling for the living wage to become law, warning that such a rise would not be affordable for some firms.

The Commission warns that, if the government fails to support the voluntary extension of coverage of the living wage, many working families will continue to rely on emergency measures such as food banks and unsustainable debt. Last year one million people used a Trussell Trust food bank for emergency food aid.

Commenting on the findings, the Archbishop of York, Dr John Sentamu, chair of the Living Wage Commission, said it was a “national scandal” that working people were still living in poverty.

“If the government now commits to making this hope a reality, we can take a major step towards ending the strain on all of our consciences. Low wages equals living in poverty,” he added.

Dr Adam Marshall, director of policy and external affairs at the British Chambers of Commerce, said that thousands of companies already paid a living wage and many more had an aspiration to do so.

“Some businesses simply cannot afford to pay a Living Wage just yet – which is why the Commission rejected a compulsory Living Wage. The task now is to support as many employers as possible to make this transition, because paying the Living Wage can benefit employers as well as their staff.”

Labour shadow business secretary Chuka Umunna said the report made a “powerful and timely case for tackling the growing scandal of low pay”.

“Under David Cameron’s government we’ve seen a rising tide of insecurity as ministers have attacked and undermined people’s rights at work. That’s why the next Labour government will help more firms pay a living wage through Make Work Pay contracts and will repair the link between hard work and reward by restoring the value of the minimum wage,” he said.

General secretary of the TUC Frances O’Grady said that increasing the number of workers on the Living Wage would “help ensure that ordinary people can start to share in the fruits of the economic recovery”.

3 Responses to “Living wage should be paid to a million more workers, says commission”