Labour is willing to talk about tax avoidance but also tax evasion. For too long politicians have ducked the issue. 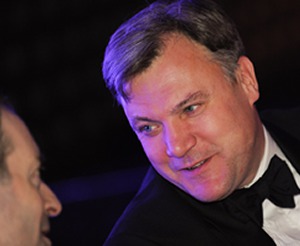 Labour is willing to talk about tax avoidance but also tax evasion. For too long politicians have ducked the issue

Labour’s press release*, issued tonight, might best be seen as the opening salvo in the tax debate that is going to run from now until the next election – and which is bound to be a key element in who might, or might not, form the next government of this country.

There is a lot to welcome in Labour’s announcement.

First, and perhaps foremost, the fact that there has been an announcement is in itself significant. It is the clearest indication that Labour is moving on from what, for many, has been a frustrating period when saying precisely what it might be about on such key issues has been hard for many. There are commitments in this announcement, and that is welcome.

Secondly, and many will be disappointed by this, there is no indication as yet (although there might be on Monday when Ed Balls  makes the speech that this announcement precedes) on such key issues as tax rates, the approach to redistribution, how fairness will be hardwired into the system, and, perhaps, how tax and benefits will interface.

But if none of those things happen yet, then I have sympathy for Labour. If I was in office I would not want to say them either: announcing budget decisions in advance simply encourages tax evasion, as was seen when the 50p tax rate was announced to early. Caution on these issues is required. If that is frustrating, so be it: politics is all about the art of timing, and the 2015 budget cannot be announced now.

What we have got today is, however, something which may be at least as significant, which are statements that give a clear indication of how Labour is thinking on tax. As a tax campaigner I welcome this list. I should also be candid: in one or two respects, I think I recognise my influence on this list: it is hard for me to complain about that.

The devil, though, is always in the detail in such announcements, but on this occasion I see more to celebrate than to worry about. Let me give some examples.

The announcement on Eurobonds looks technical, but its more than that. It is aimed at City shenanigans where this abuse is popular and widely used to shift profits offshore. The message has more in it than the apparent simple desire to close a loophole: it says financial engineering is now considered fair game to be controlled. This has much wider implications.

The commitment on tax transparency is also much deeper than it might appear to be from the announcement made. There is a commitment to a register of beneficial ownership of companies, and a threat to impose this on our tax havens if they do not willingly comply. That’s the language many have been looking for.

There’s a also a demand that company’s publish details of what tax they pay. This looks very like a commitment to country-by-country reporting whether other countries demand it or not. That is something I have long advocated.

The announcement of better regulation of dormant companies is for me particularly welcome. It adopts a proposal I have made most recently in my report ‘In the Shade‘, published last month. It also lifts the idea almost straight from the Private Member’s Bill I wrote for Michael Meacher in 2013.

I believe that the ease with which these companies can be abused is giving rise to substantial tax losses. This proposal says that Labour is not just willing to talk about tax avoidance, but tax evasion as well. For too long politicians have ducked that issue.

As they have also ducked the Tax Gap until now. Margaret Hodge has done great work picking this issue up, again, I admit, building at least in part on my work. Labour has now said this will become a key issue at the heart of its policy. That’s very welcome indeed, as its commitment, also following Margaret Hodge’s lead, to look at how tax allowances are being used to help tax avoidance.

This is neat thinking: tax abuse is not just offshore, it can happen at home too. This policy is saying that’s fair game for review too. When Labour is opposing a government who seems to think tax giveaways for big business are core to its thinking that is a key differentiator.

The commentary on international tax developments is good too. The OECD has to deliver on its Base Erosion and Profits Shifting project. Labour offers clear support for that process, but at the same time says it is not going far enough – highlighting the fact that this is no time to backtrack on any commitment and is instead the time to redouble and extend efforts to create a level playing field on which the multinational corporations of the world can play, with fair competition the goal.

The nuance in the announcement is subtle, but important and essential, especially when it comes to developing countries who have always been at the forefront of the tax justice concern.

So why then pick on abuse in the construction industry? I think that here the message is threefold. First, this is joined up thinking. Labour intends to build houses: it does not want the money spent lost on tax abuse.

Second, it says it is not just big company abuse that is in the sight lines; so too is common spread mispractice.

And lastly, the message is that Labour is aware of such detail. That in itself sends out important messages relating to competence.

So, I welcome the announcement, and the detail, but the question to always be asked on such occasions is what is missing. I have a list, because I’m never going to be entirely happy with all any politician will give me. This was an initial reaction:

But by the end of that list I am moving from policy into detail. At a policy level Labour has hit a lot of the right buttons today. I welcome that. I look forward to seeing the detail, and the delivery.

This will be one of the four principles which will underpin Labour’s approach to business tax reform and supporting growing businesses – the others being promoting long-term investment and competitiveness, supporting enterprise and innovation, and simplifying the system.

Labour is also tabling an amendment to the Finance Bill next week urging the government to act to close the eurobonds loophole, which has been estimated to cost up to £500m a year in lost revenues.

Labour’s approach to tackling tax avoidance will include:

Closing loopholes such as the “Quoted Eurobond Exemption” which is used by some companies to shift profits out of the UK. HMRC themselves have identified the problem, but have failed to act. Those businesses legitimately using the exemption to obtain finance from international bond markets would be able to continue to do so. But those who use it as a loophole to move profits to connected companies in tax havens will be prevented from doing so. Labour is tabling an amendment to the Finance Bill next week urging the government to act on this loophole, which has been estimated to cost up to £500m a year in lost revenues.

Increasing transparency in the tax system, so that it is clear who owns firms and how much they are paying in taxation. As the CBI’s statement of tax principles says, increasing public understanding can build public trust. This must include tax havens. Labour will require those UK Overseas Territories and Crown Dependencies who are dragging their heels to publish the names of beneficial owners of companies.

Tackling dormant companies which can be used to avoid filing Corporate Tax returns and so trade for up to five years without paying tax. Labour will require the annual confirmation of dormancy and explore the possibility of banks automatically informing HMRC when there is activity in supposedly-dormant accounts.

Encouraging stronger independent scrutiny of the tax system and the government’s efforts to tackle tax avoidance by affirming and strengthening the powers of the National Audit Office to scrutinise tax reliefs and, in particular, where they are abused to avoid tax. The Chancellor and the Chief Executive of HMRC should also be expected to give evidence to the Treasury Select Committee each year on the government’s efforts to tackle tax avoidance and evasion and the progress made on reducing the tax gap.

Tackling disguised employment in the construction industry by finalising the proposals Labour was developing in government to deem construction workers as employed for tax purposes if they meet criteria which most people would regard as obvious signs of employment.